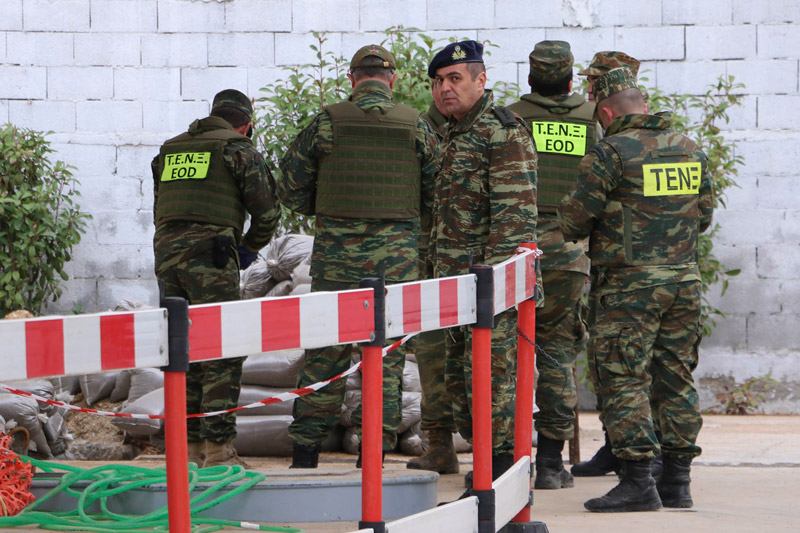 The World War II bomb that was found in the Kordelio suburb of Thessaloniki was removed from the area and was transferred to an army shooting range for a controlled explosion on Sunday.
A Greek army unit disabled the 250kg bomb, removed it from the ground, loaded it on a special truck and transferred it to the Askos-Profitis army exercise field. There, bomb experts will perform a controlled detonation.
Gradually, most of the 72,000 area residents who were advised to evacuate the area have started returning to their homes, after the successful evacuation operation. A good percentage of Kordelio residents, though, ignored the authorities’ advise.
Thessaloniki Region Governor Apostolos Tzitzikostas called the official end of the alarm and gave the green light for people to return to their homes.
The operation ended well. The bomb shutdown operation was completed successfully the bomb is removed,” he said, adding that it was an unprecedented undertaking in Greek chronicles, as it was the largest organized evacuation of an area in peacetime.
The bomb was one of many dropped by the British Air Force on December 5, 1943. During the time of  the German Occupation and the bombing was part of an operation to hit German structures at the Thessaloniki Port. The bombing cost the lives of 500 people of the Thessaloniki area, as it was later reported.