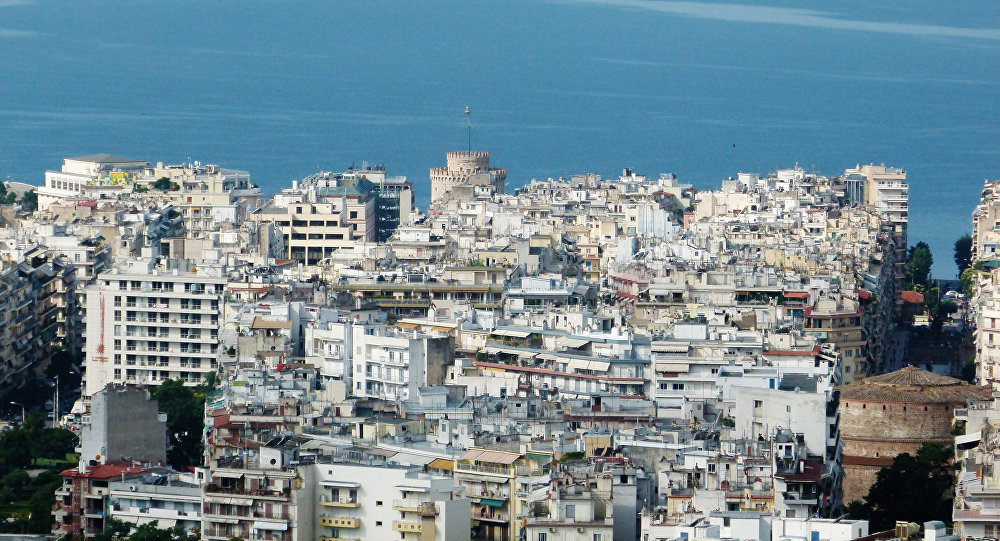 On Tuesday authorities finalized a major plan to evacuate 72,000 residents from western Thessaloniki to allow bomb disposal units to safely diffuse and remove an unexploded bomb dating from World War II.
An initial evacuation plan of 250-300 people started last Friday and was deemed insufficient by local authorities causing the process to be halted in order to come up with a different procedure.
The bomb, containing 153 kilos of explosive material, was found by the crew of a gas company digging to expand a gas station’s underground tanks last week.
According to police information, the bomb is considered “ordinary” and the unit set to defuse it has deactivated dozens of similar bombs found at Thessaloniki’s Macedonia international airport, along the TAP pipeline route and other areas.
Western Macedonia’s deputy prefect Voula Patoulidou and representatives from the police, along with the army and local government decided in a meeting that 62,000 residents will be evacuated from the area of Kordelio-Evosmos and another 10,000 from Ambelokipi–Menemeni. Residents in the areas of Delta and Aghia Sofia will not have to move.
The evacuation is set to start early on Sunday so that by 10 a.m., the two-kilometer evacuation area will be empty. Patoulidou said residents who can, will use their own means of transportation, while the rest will be transferred by 100 buses and municipal vans which will be made available. People with disabilities and older residents will be assisted by municipal officers and rented cars, while volunteers and municipal employees will distribute maps with information on how to evacuate safely.
Authorities said the assembly points will be announced on Wednesday and evacuees will have to stay there until the bomb has been removed. On Wednesday, the municipality will publish a map of the city so that residents can see if they are included in the evacuation order. A call center will also be set up to brief people on the process, while the entire area will be declared in a state of emergency by the General Secretariat of Citizen Protection.
All gas stations in the area will have to empty their tanks from fuel and gas supply installations will be closed down, while any business activity within the evacuation zone will be halted.
Source: ANA-MPA