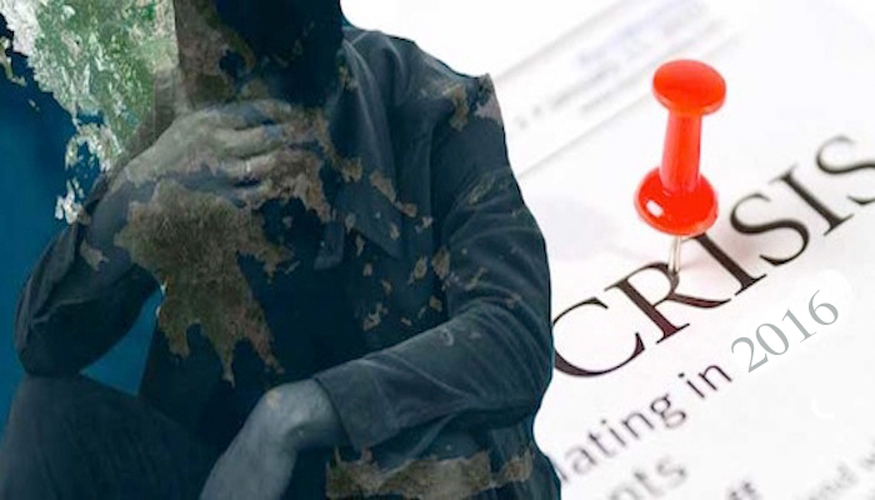 One in three families in Greece has at least one unemployed member, while the middle class is dwindling, a new survey on behalf of the Hellenic Confederation of Professionals, Craftsmen & Merchants (GSEVEE) says.
The research was conducted by MARC using a sample of 1,000 households, and shows that one in four households live with the fear that their assets will evaporate under the new tax and security contribution burdens and high cost of living.
One in three households has at least one member who is unemployed. One in five households has at least one member who makes less than minimum wage (586 euros per month). Of those who are unemployed, only one in ten receives unemployment benefits. Also, one in ten households has one member who emigrated abroad to find work.
Also, 75% of households are poorer compared to the first years of the crisis, with their life quality being much worse than in previous years. Furthermore, 65% said they have to make cuts in order to make ends meet. There is also 16% who complain that their income is not sufficient to cover their basic needs.
Regarding financial obligations, 21.5% of households have outstanding debts in taxes, 27.5% have outstanding debts to banks. Furthermore 34% believe that they cannot meet their tax obligations and 15% state they are unable to pay the single property tax (ENFIA). Also, 34.5% say they cannot repay the loans they have.
In terms of consumption, 53% made cuts in clothing, 48% made cuts in going out and 40% made cuts in foods. Also 35% said they cut on the service of their car.
The future outlook is rather bleak as well, with 73.5% of participants believing that 2017 will be much worse than 2016 for their finances.