TechNews
GreekReporter.com Greece Greek DefMin: There Is a Plan to Revive Albanian Nationalism

Greek DefMin: There Is a Plan to Revive Albanian Nationalism 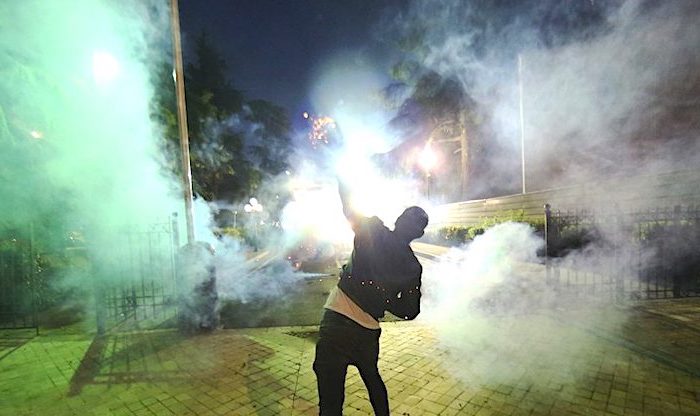 Greek Defense Minister Panos Kammenos said that there is a plan to revive Albanian nationalism, in light of the incident of the seven army recruits who were photographed making the sign of the eagle on the Albanian flag.
According to a Proto Thema report, Kammenos said that the plan to revive Albanian nationalism has been expressed recently by statements made by Albanian Prime Minister Edi Rama regarding Chams.
The incident of the seven Greek army recruits of the Missolonghi boot camp who posed making the figure of the eagle on the Albanian flag with their hands and then posted the picture in social media has created an uproar in Greek society.
“Whoever does not feel Greek, they should return to their home country,” Kammenos said, according to the report.
The defense minister said that such incidents will not be tolerated in the Armed Forces and that he has given orders that the seven recruits should receive the harshest penalties. He also ordered a thorough investigation of the incident and clarified that the penalties will be imposed under the military code.
However, army judicial authorities note that since the recruits have not been sworn in yet, they cannot be tried under the military code.