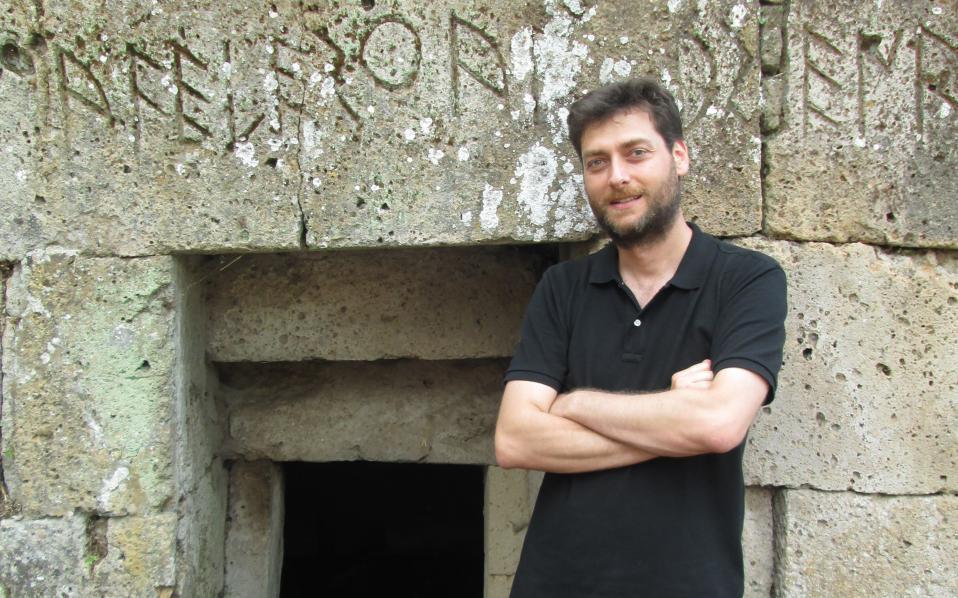 Tsirogiannis is a Senior Archaeologist at the Cambridge Archaeological Unit and forensic archaeologist researching antiquities smuggling networks and the market for looted cultural objects.

According to the Ellines.com website, a gallery in New York had put for sale a Roman marble sarcophagus depicting the battle between Greeks and Trojans. The ancient object came from the illegal collection of Italian antiquities smuggler Gianfranco Becchina, seized by the Italian and Swiss authorities.

Under mysterious circumstances, the sarcophagus, which was stolen from Greece, ended up in one of the largest antiques galleries in the world.

Becchina has already been convicted in Italy and Greece for accepting and trafficking stolen antiquities, while dozens of objects from the collection he had in his possession have been identified and repatriated to Italy and Greece.

In July, Tsirogiannis had stopped the sale of a Greek amphora from the 5th century BC located at a Christie’s Auction House list. The Greek archaeologist has dedicated his life to the search of stolen antiquities and his work has been featured several times in the Cambridge University website.

Tsirogiannis studied archaeology and history of art at the University of Athens. He worked for the Greek Ministries of Culture and Justice from 1994 to 2008, involved in excavations and recording antiquities in private hands.

In 2013 Tsirogiannis won the annual Award for Art Protection and Security from the Association for Research into Crimes against Art. He also served as a Researcher at the Scottish Centre for Crime and Justice Research at the University of Glasgow.