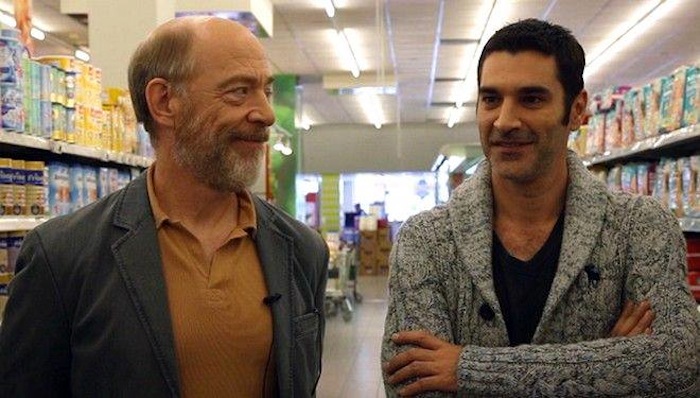 After gaining critical acclaim and high ticket sales in Greece, as well as praise at the New York City and Los Angeles Greek Film Festivals, Christopher Papakaliatis’ “Worlds Apart” will be released in the US tomorrow, January 13.

The film will see a limited release in New York and Los Angeles cinemas, with Papakaliatis himself present at the New York premiere tomorrow at Village East. After the 7:30 New York screening, J.K. Simmons will also be on hand to conduct a Q+A session with the audience.

The West Coast premiere will take place on January 20 at Arclight Cinemas in Hollywood.

“Worlds Apart” takes a look at three love stories in the wider environment of Greece in crisis, and in the context of the political and cultural shifts taking place in the country now.

The film stars not only well-known Greek actors such as Papakaliatis himself and Maria Kavoyianni, but also Academy Award-nominee and US actor J.K. Simmons, Hungarian actress Andrea Osvart, and Israeli actor Tawfeek Barhom.

If you happen to be in either major city, check out the movie in theaters this coming week!