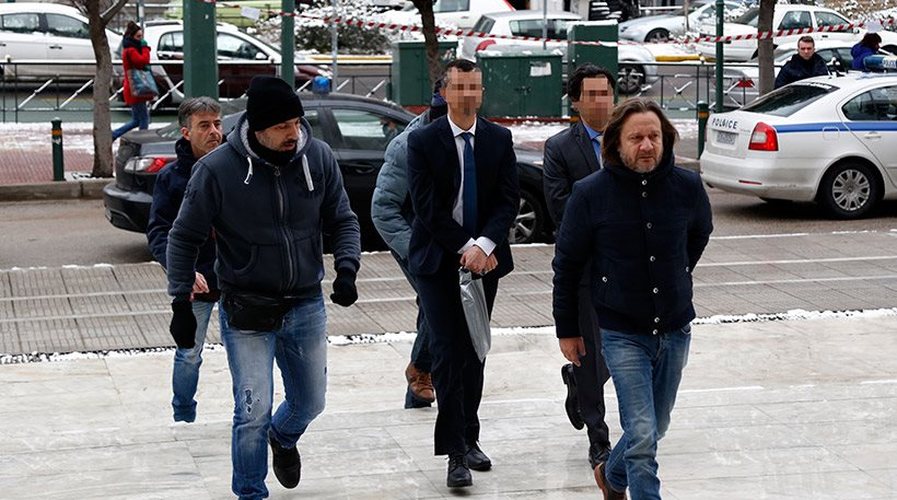 The Supreme Court Criminal Division prosecutor suggested to reject the request of Turkish authorities to extradite two Turkish military officers who sought asylum in Greece after the failed coup attempt in Turkey last July.
Six more military men who fled the neighboring country on a helicopter the day following the coup attempt are waiting to be heard by the Supreme Court in the following days.
“If extradited, they might not have a fair trial, face torture, inhuman and degrading treatment,” said prosecutor Vassiliki Theodorou, asking the judicial council not to proceed with the return of the eight men to Turkey.
Theodorou described the Turkish request as vague because there is no accurate description of the offenses the accused men are facing. She argued that the Istanbul prosecutor has not sent the information requested by the Greek courts.
The prosecutor said that Turkey’s request should be rejected as not acceptable on legal grounds. Even if it was legally valid, it must be rejected, because, as he said, the eight army officers would not be tried by an independent and impartial court, and there is a risk of torture.
“As we have read, thousands of army officers have been arrested, 150 journalists have been laid off, along with 3,000 judges and prosecutors, 120,000 civil servants, while 40,000 citizens have been arrested. The right to life and protection from torture is not limited or suspended,” said the prosecutor.
The Turkish military men explained in detail what has happened to their families in Turkey: “My wife, my brother and his wife have been fired from their jobs without any justification. Our bank accounts and our properties are confiscated. My wife’s passport has been taken from her. They have started arresting wives of military officers. We came to Greece to save our lives and they call us traitors. It hurts us that they say that we sold military secrets to Greece,” said one of the two men.
The second officer described tortures that many military men have suffered since the failed coup. He also said that his children are bullied at school and their fellow students tell them their father is a traitor. He also said that human rights in Turkey have been abolished.
Witnesses against the extradition of the Turkish soldiers were a former Navy Admiral, a lawyer who serves in a human rights committee, a university professor and a former justice minister.
The final decision on the fate of the asylum seekers is expected on January 23.