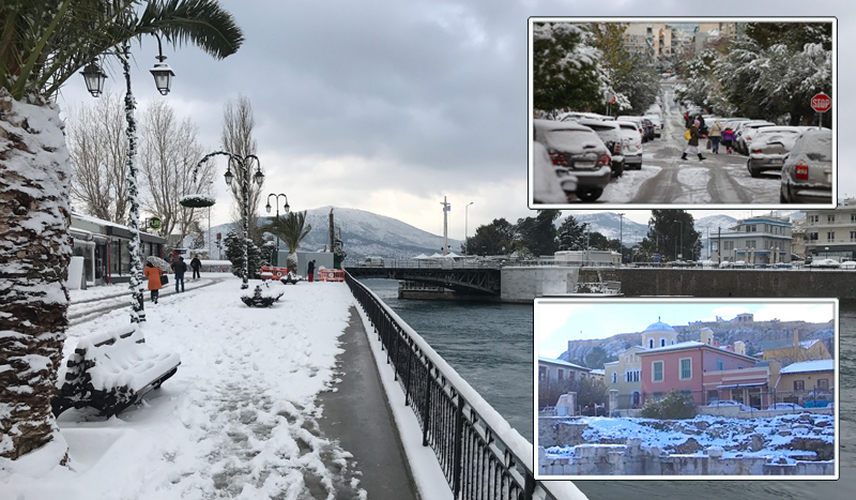 A white Christmas came late for residents of Athens who woke up Tuesday morning to a snow blanketed city.
Although the cold and snowy weather made commuting difficult and dangerous throughout much of Athens and the surrounding islands as overnight freezing temperature caused roadways to ice-over, the city looked amazing covered in snow as children bundled-up and played in the snow on their way to school.
According to sources the latest update on road closures in Attika are:

Also there are restrictions on lorries over 3.5 tonnes, from the 4th kilometer of the Old National Road Athens, Thebes, in the direction towards Thebes.
Monday evening, the surrounding islands saw a sizable amount of snow accumulate turning the islands a glistening white. Particularly the mountainous island of Evia, the country’s second largest island located just north of Athens, saw heavy snow which caused road closures, blocked access to villages and temporary port closures as well.
Also islands of the nearby Sporades archipelago, located just northeast of Evia, have had their daily routines disrupted by the snow as they have had road closures since the weekend due to falling trees as well as power outages causing many residents to live without electric since Saturday. Snowfall has been recorded as high as 1.5 meters in some parts. 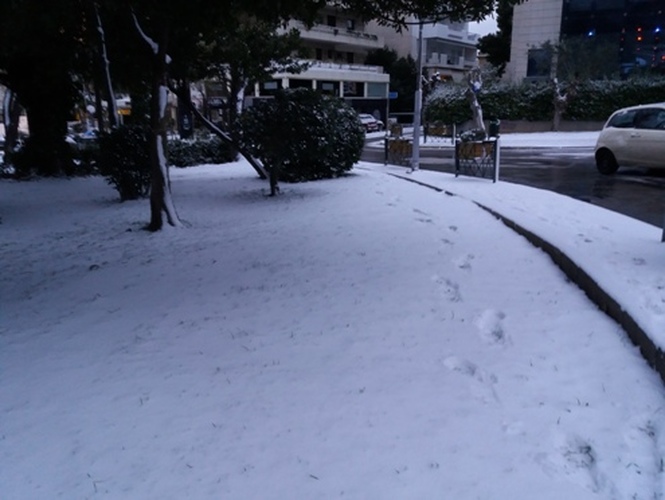 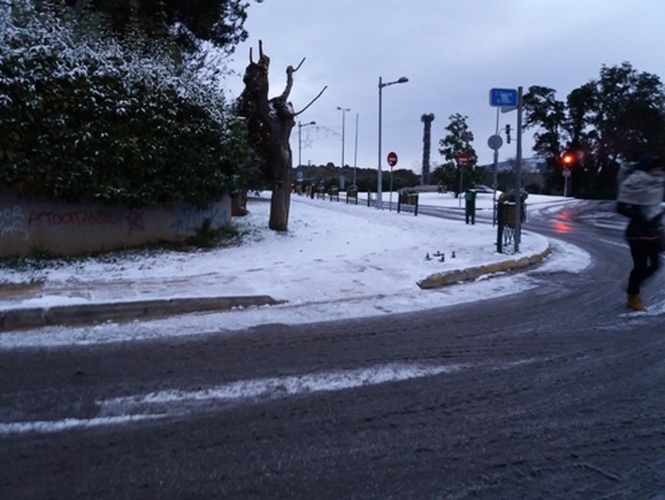 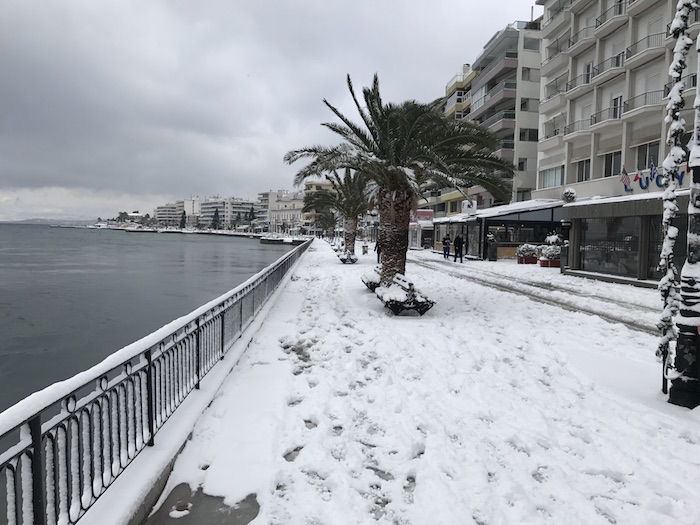 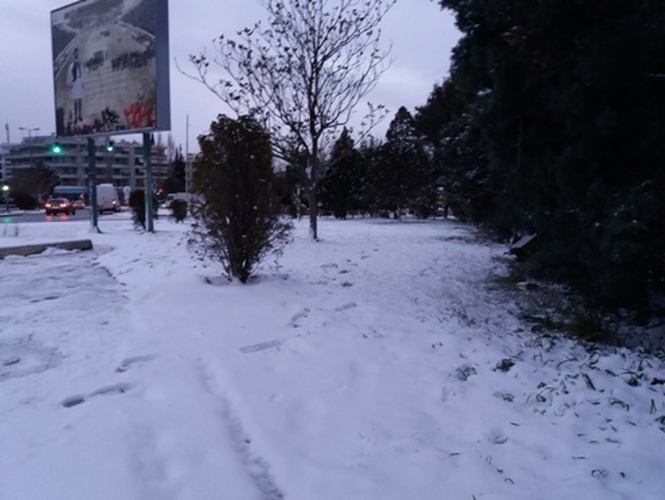 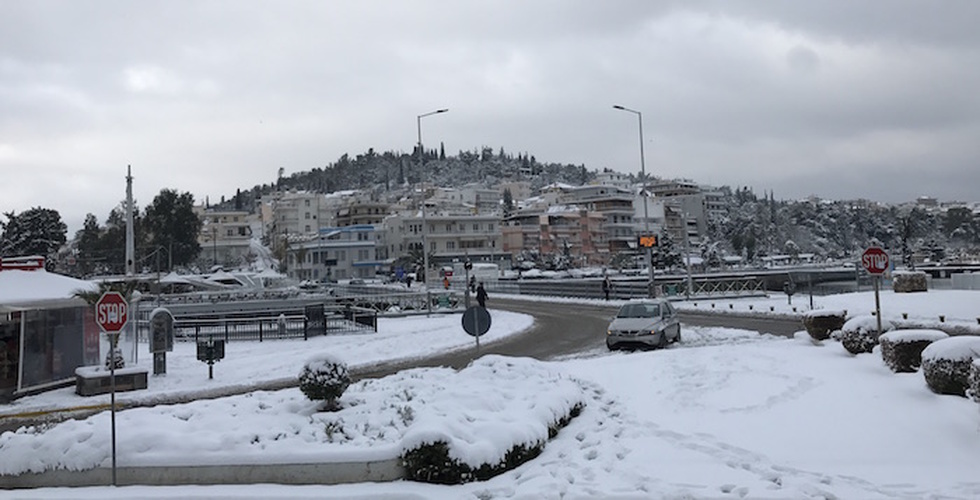 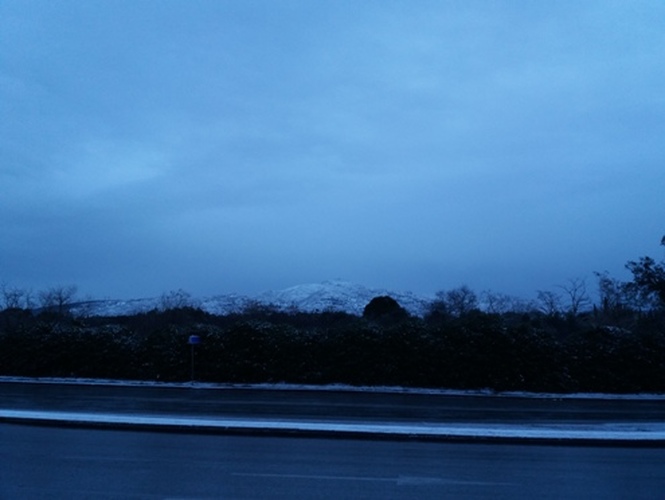 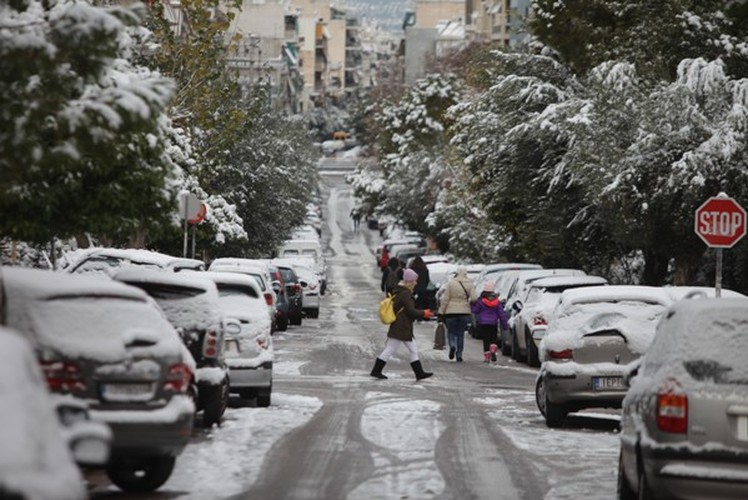 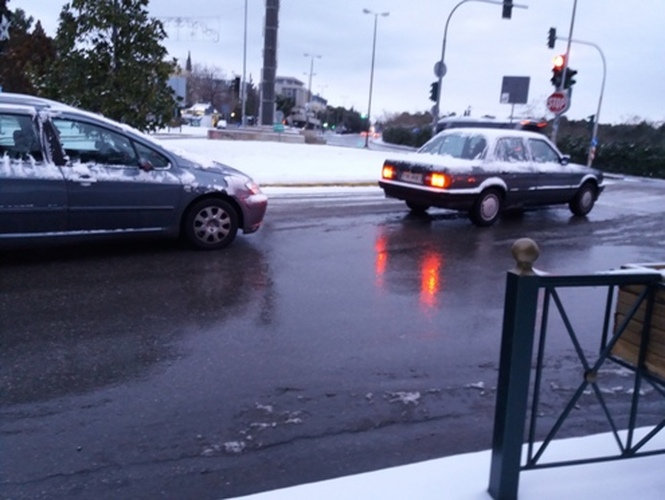 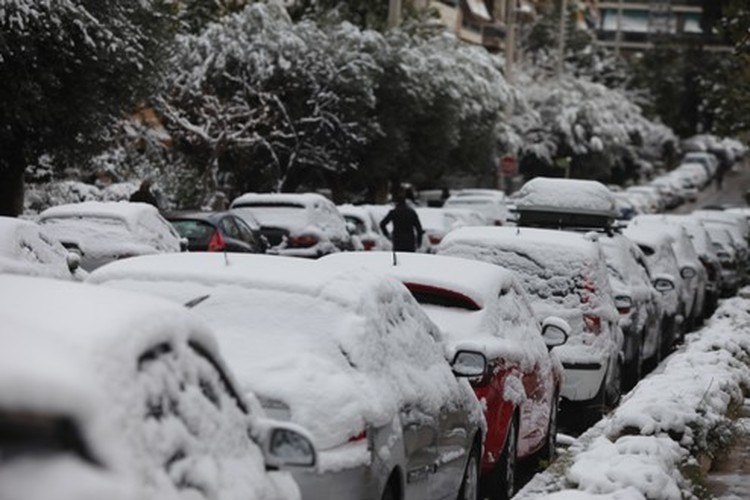 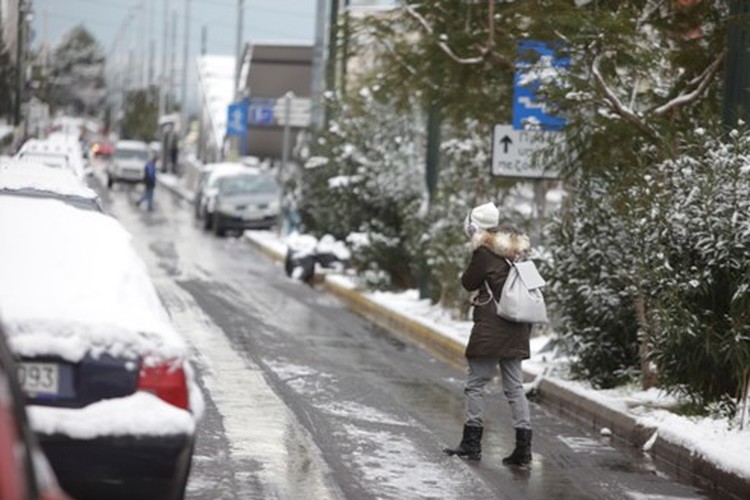