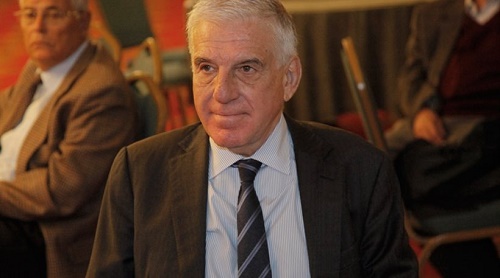 Greece’s Supreme Court on Wednesday upheld a conviction against former Greek minister Yiannos Papantoniou and his wife Stavroula Kourakou for submitting an inaccurate wealth statement in 2008. The court turned down the former minister’s petition, which asked the court to reverse the decision of an appellate-level court, which had handed down a two-year jail sentence, suspended for three years.
The court said that the appellate court’s decision was fully and adequately reasoned, as required by the constitution and penal code.
The couple also has other convictions, including a four-year suspended prison sentence and 10,000-euro cash fine, for inaccurate wealth statements submitted in later years.
The investigation into Papantoniou and his wife was launched when Greek authorities investigating the so-called “Lagarde list” found that Stavroula Kourakou maintained a bank account containing 1.2 million euros in a Swiss branch of HSBC.
(source: ana-mpa)