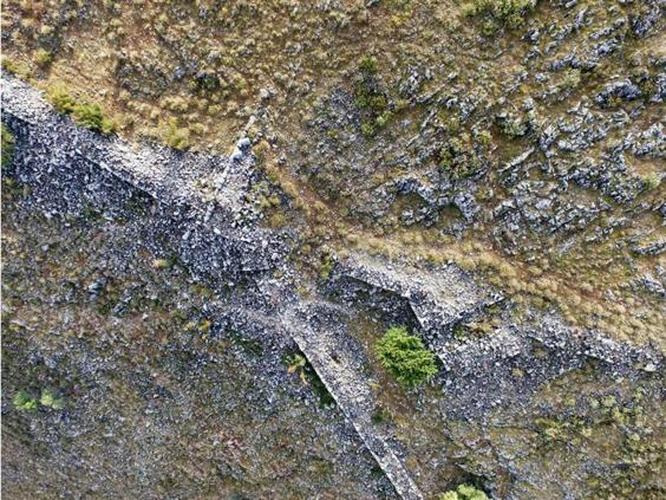 Responding to press articles about the discovery of a ‘lost’ ancient city in the Vlochos area of Thessaly, archaeologists working on the Vlochos Archaeological Project (VLAP) on Tuesday posted a press release clarifying that the remains in the area had been known for more than 200 years and were not a new discovery.
While they welcomed the media attention, the archaeologists said they were “somewhat overwhelmed” and noted that some misleading information seemed to have crept into the reports.
“It is only the status of a city that can be confirmed by the new project. There has been several different theories about what the remains represent, all based on more or less unsystematic observations. The preliminary results of VLAP shows that the remains at Vlochós do indeed belong to a sizeable urban settlement. We would like to stress that the archaeological remains at site were well-known to the local archaeological service, and that our collaboration is focused on discovering the unknown aspects of the site,” the press release said.
They also noted that VLAP was a Greek-Swedish-British collaborative project and, contrary to what some reports seemed to suggest, was the result of collaboration between the Ephorate of Antiquities of Karditsa and the Swedish Institute at Athens.
“Archaeologists from the said Ephorate, the University of Gothenburg (Sweden) and the University of Bournemouth (UK) are working side by side, with equal responsibilities at site,” they added. They also made clear that VLAP is not collecting pottery and that no finds have left or will ever leave Greece.
“We are sorry if some of the press headlines are a bit exaggerated, and we hope this little blog post will bring some more clarity in the matter,” the announcement concluded.
The project’s website is at the site http://vlap.se/blog.
Source: ANA-MPA