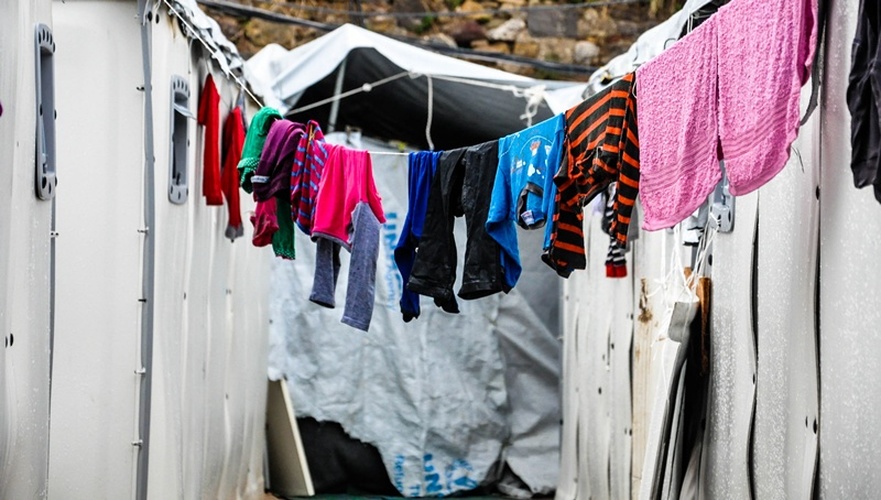 A video showing the abuse of a three-year boy in the Souda camp on Chios island has been posted in social meadia, instigating an investigation by the UNHCR and Greek authorities.
The video shows a child abused by a man who holds the camera and takes place inside a shower in the camp. The video, allegedly recorded on Monday, shows the boy receiving slaps and blows from the man, it shows him falling down and the man lifting him up and continuing the abuse. Finally another man tells the abuser to stop.
According to ANA-MPA news agency, Deputy Mayor Giorgos Karamanis, made a formal complaint about the incident, along with charity organization Smile of the Child. Police arrested a 31-year-old Syrian refugee, who claimed to be the child’s father, and put him in custody.
The man is investigated for possibly kidnapping the child of another family of Syrian refugees and used the video to blackmail them. He, however, claimed that his wife is in Turkey with their other child and he used the video to convince her to come to Chios.
However, the United Nations High Commissioner for Refugees investigated the perpetrator’s allegation and sought the woman he was referring to as his wife and mother of the abused boy.
At the same time, authorities found photographs showing the arrested man posing armed. Further investigation led to information that the Syrian man might be linked to the Islamic State terrorist organization. The Greek police counterterrorism unit along with the National Intelligence Service are now involved in the investigation.
Meanwhile, with orders from the Chios Prosecutor, the child has been given to the custody of a non-government organization that takes care of unescorted refugee children.

Americans have been a major part of summer tourism in Greece. Although they may not make up the largest contingent of visitors, they spend more.
Greek News

Greek PM Mitsotakis vowed to strengthen the national health system during a meeting on the epidemiological situation in Attica and the rest of the country.