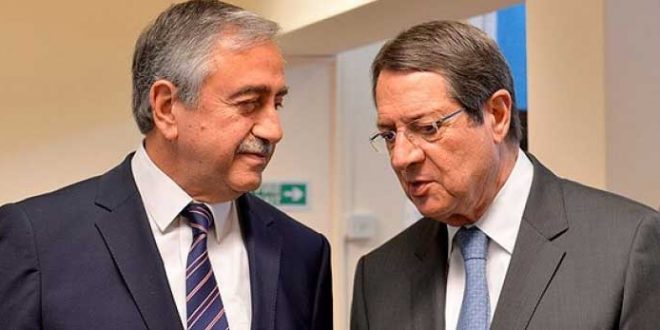 President of Cyprus Nicos Anastasiades has announced that UN-backed peace talks for the reunification of the island will be resumed immediately and that a multilateral conference will take place on January 12 in Geneva.
In November, the leaders of the divided island of Cyprus, President Anastasiades and Turkish-Cypriot leader Mustafa Akinci, had two rounds of talks in Mont-Pelerin, Switzerland, on territory distribution and allowing Greek-Cypriots to return to their properties in the northern third of the island which has been occupied by the Turkish military since they invaded in 1974.
The UN had announced at the end of the talks that despite their best efforts the two leaders were not able to achieve the necessary further convergences on criteria for territorial adjustments that would have paved the way for the last phase of the talks, and they left the Swiss resort with no resolution.
Source: ANA-MPA

Greece Will Not Be Bullied, Greek PM Says to the UN