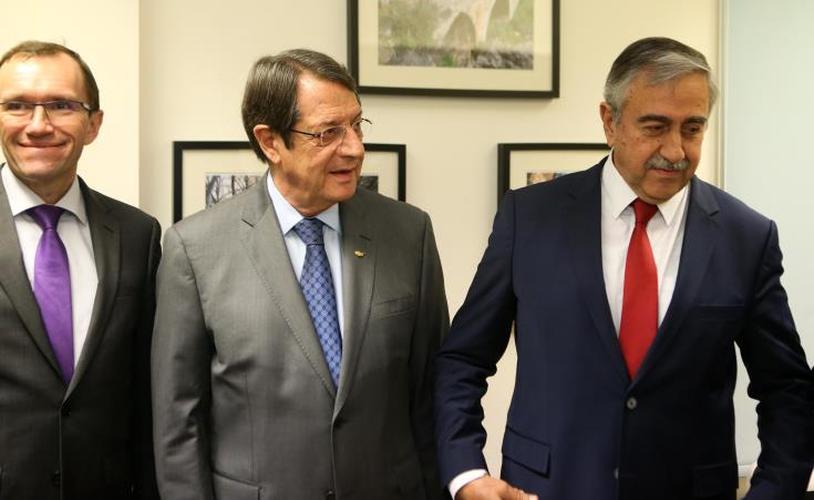 Espen Barth Eide, the UN Secretary General’s Special Advisor on Cyprus, returns to the island next week to assure the leaders of the two communities in Cyprus that the UN continues to support their efforts, according to UN sources.
Eide is expected to meet Cyprus President Nicos Anastasiades and Turkish Cypriot leader Mustafa Akinci, who concluded two-days of intensive negotiations in Mont Pelerin on territory, which did not lead to an agreement on the criteria of territorial adjustments.
“The game is not over,” the same sources have told CNA, adding that “the UN will regroup and continue” their efforts. “We need to pick up where we have left,” they noted.
They also pointed out that the UN would like to see the two sides reflecting on what has been achieved so far and decide how they want to proceed.
“Everybody is behind them,” they stressed.
Anastasiades and Akinci have been engaged in peace talks since May last year with a view to finding a negotiated settlement that would reunite Cyprus, divided since the 1974 Turkish invasion.
This month both leaders were engaged in intensive talks focusing on territory, in Mont Pelerin, aiming to agree on the criteria for territorial adjustments. The talks ended inconclusively.
source: ANA-MPA