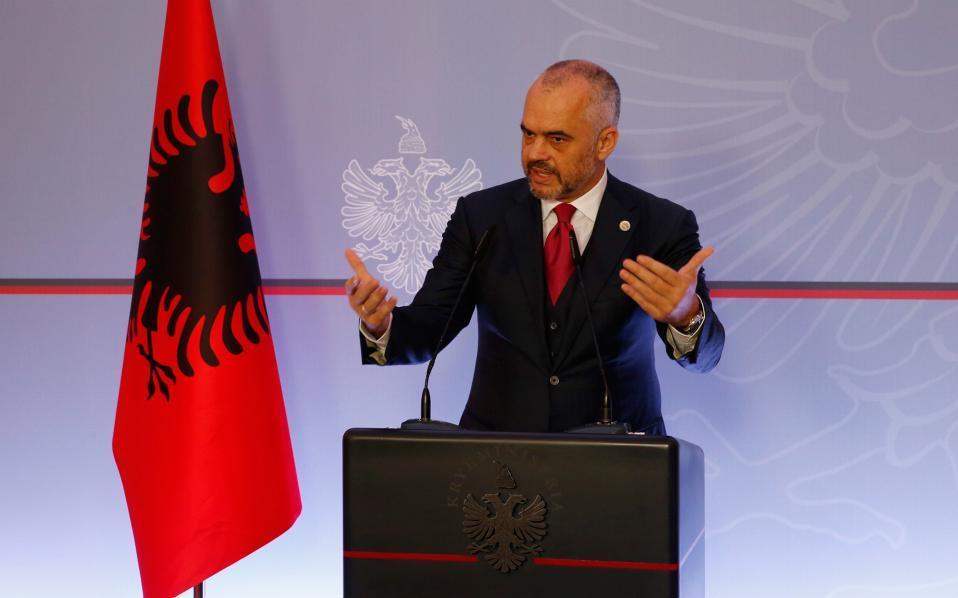 Albanian Prime Minister Edi Rama spoke again about the Chameria issue and Cham Albanians, while at the same time he expressed his optimism about his country’s accession to the European Union.
Rama spoke to Deutsche Welle on Monday saying that “We are talking about an issue that concerns a part of the Albanian population, which must be treated like the rest of the Albanian population in relation to the Greek State. This part of the population should be recognized and have the right to move freely in Greece. Rightly they feel they are subject to discrimination and there has been inaction in resolving the issue and it must be finally resolved. We are confident that this issue should not disturb relations with Greece, but rather strengthen the good relations with the Greek people and the Greek State. Because we are neighbors and therefore we are doomed to live together.”
Asked if he has taken any steps or had any talks with the Greek prime minister on this issue, Rama replied that, “Discussions are continuing. It is certainly not easy, but we cannot accept that in the 21st century in Europe there is the case of journalist Martin Mema who, just because he went once to Greece and made reports in the area where Albanians used to live has been labeled as a persona non grata and has been banned for four years to enter the country. A neighboring country that is member of the EU, a country in which hundreds of thousands of Albanians have been admitted. A country in which people helped the Albanians in troubled times and correspondingly we help their people in difficult times.”
At the same time the Albanian prime minister expressed his optimism about the accession of Albania to the EU after his talks with German Chancellor Angela Merkel.