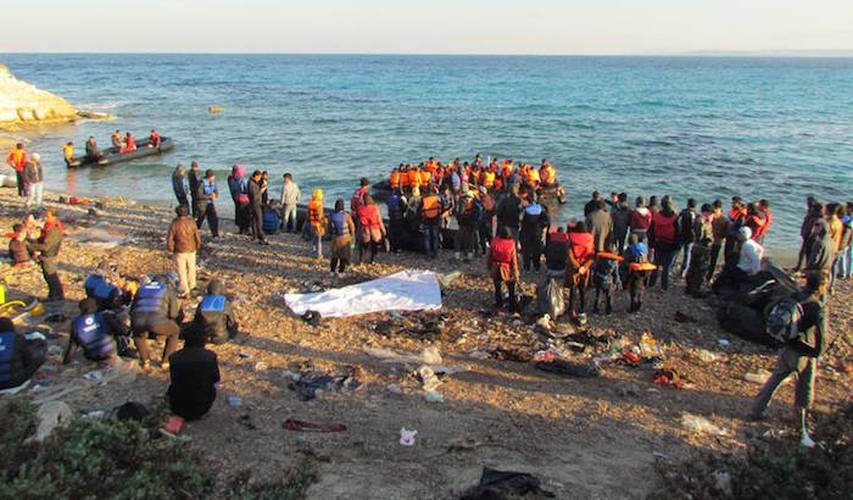 Turkish President Recep Tayyip Erdogan once again threatened the European Unions-member states that Turkey is in a position to open the floodgates and allow millions of migrants to enter the EU, according to Reuters.
The President made this threat on Friday, less than 24 hours after European lawmakers solidly voted to halt Turkey’s EU membership talks. The decision was made following what the EU parliament has called “disproportionate” reactions of the Turkish government following the failed military coup on July 15, 2016.
President Erdogan responded to the EU’s decision by stating: “If you go any further, these border gates will be opened. Neither me nor my people will be affected by these dry threats. It wouldn’t matter if all of you approved the (European parliament) vote.” The statement was made while he was addressing a congress on women’s justice in Istanbul and all comments were broadcast live and directed at European lawmakers.
Earlier Thursday night Turkish Prime Minister Binali Yildirim also warned European Union member states that without Ankara’s help Europe might be flooded with migrants.
Yildirim spoke on Turkish television in response to the European Parliament decision to freeze negotiations on Turkey‘s accession to the EU, saying that this would be more harmful for Europe than Turkey.
“We are one of the factors that protects Europe. If refugees cross our borders, they will flood Europe. Turkey prevents that from happening,” the Turkish prime minister said.
“I accept that the interruption of relations with Europe will harm Turkey, but the damage will be five to six times worse for Europe,” he added.
The Turkish Prime Minister added that “we expect European leaders to resist this lack of vision. The EU will have to decide if it wants to continue their vision of the future with Turkey or without it.”
Deputy Prime Minister Mehmet Simsek, posted on Twitter calling the European Parliament decision “populist” and “short-sighted”, arguing that this approach will not encourage reforms in Turkey.
Currently the EU-Turkey agreement on refugee relocation has stemmed the migrant flow from the Turkish shores to the nearby Greek islands, making Greece the gateway to Europe. Greek Migration Policy Minister Yiannis Mouzalas stated recently that a breakdown of the agreement would result in dozens of thousands migrants and refugees arriving on Greek islands. Greece is already struggling with excessive numbers of migrants on the Aegean islands.