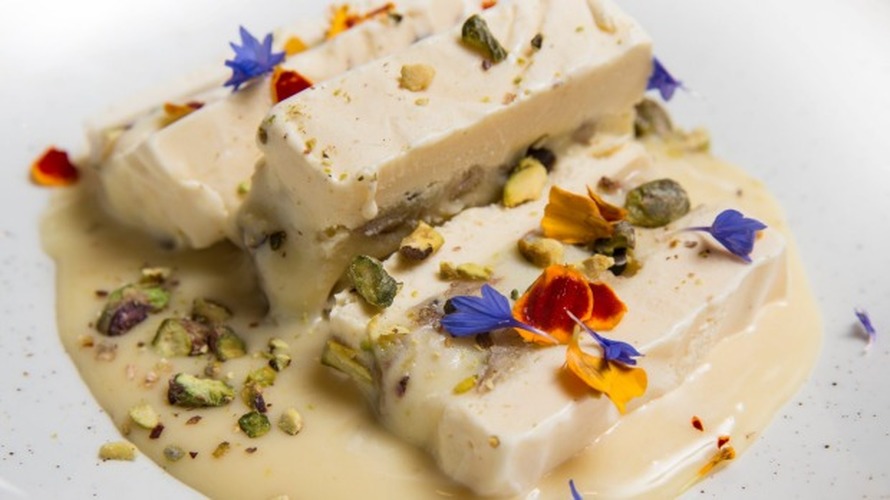 There is no other way to describe it besides calling it what it is — Greek fusion. That is what you will find at Sydney’s latest Greek restaurant, 1812.

The restaurant was named 1812 to give homage to the year that the war of independence was started by the Greeks against the Ottoman Empire that lasted nearly 12 years. It didn’t take quite that long to open the restaurant, but after a few missed opening slots in 2015, the anticipation has definitely grown.

There were many obstacles that the restaurant faced in opening, most of which had to do with getting the building adjusted just right. However, now that the doors have opened daily for lunch and dinner at 122 Pitt Street in Sydney, chef David Tsirekas is sure to take you on a culinary adventure with his dishes that redefine the boundaries of Greek cuisine as we know it today!

The dishes you will find at 1812 range from ouzo-cured salmon with skordalia, toasted almonds, mulberry and pomegranate dressing, and caramel baklava ice-cream. The more adventurous foodies will love the innovative take on a Chinese restaurant classic, san shoy bow, done Greek-style with iceberg lettuce cups filled with roasted tomato, vegetable rice and a yogurt-lemon dressing.