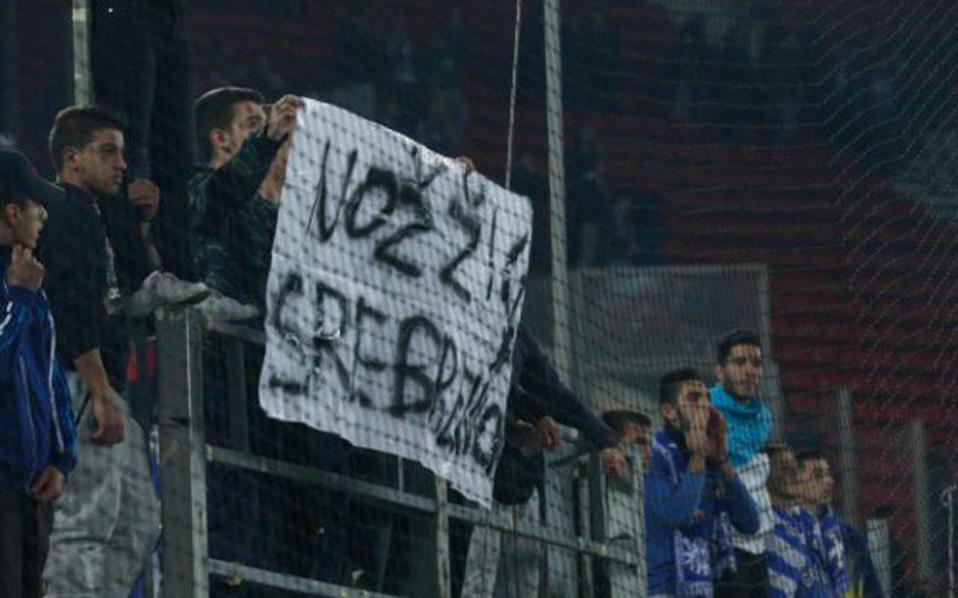 The Greek football federation apologized to the people of Bosnia-Herzegovina following a banner by a fan at a World Cup qualifying match. The federation condemned the banner that referred to the Srebrenica massacre. In a statement it said that it was an “unacceptable posting” and referred to the “fascist content” that is condemned in the most absolute and categorical way. The banner’s slogan, displayed during the 1-1 draw game in Athens on Sunday, was “Noz, Zica, Srebrenica” (“Knife, Wire, Srebrenica”in Serbian).
The banner referred to the massacre of more than 8,000 Bosnian Muslim men and boys in Srebrenica by ethnic Serbian forces in 1995 which has been described by international courts as genocide. The incident will be discussed during a disciplinary case to be opened by FIFA that will charge the Greek federation for breaching rules that prohibit offensive political statements in stadiums. FIFA said on Monday that it is in the process of analyzing the different match officials’ reports and gathering necessary information.
Greek Sports Minister George Vasileiadis said that the banner did not express the Greek people. He was critical of the banner that has no place in Greek stadiums, especially in games with the national team. The Greek state is seeking to find those responsible and take action against them.

Greek Orthodox Easter, or Pascaha, is the most important religious feast of the year, with customs and traditions that have been part of Christianity...
Ancient Greece