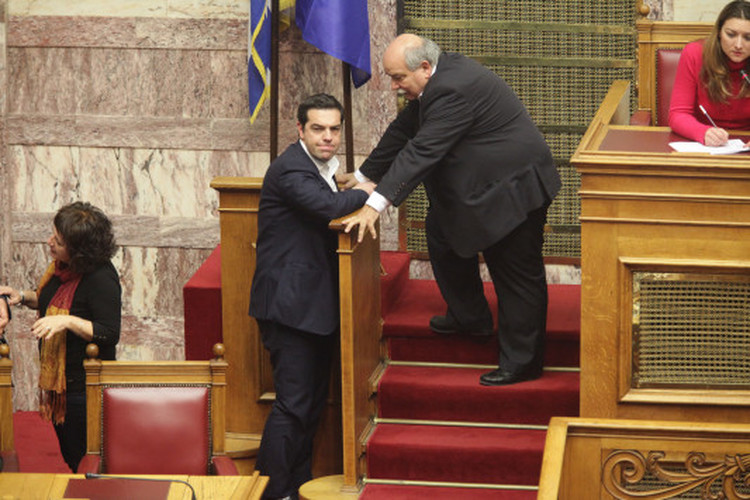 Political developments are proceeding at a breakneck speed following a Council of State decision to rule the Greek government’s TV license auction as unconstitutional. Greek Prime Minister Alexis Tsipras called a government meeting on Thursday to discuss the new legal framework in which provisional TV licenses will be regulated until a more permanent structure is found following the blasting of the government’s decision to offer four nationwide TV licenses.
At the meeting, Tsipras called for a new legislative initiative for TV licenses to be ready by Monday. The meeting had the participation of Justice Minister Nikos Paraskevopoulos, Labor Minister George Katrougalos, State Minister Nikos Pappas, Government Spokeswoman Olga Gerovasili and other SYRIZA officials.
On Thursday, Tsipras also spoke with Speaker of Greek Parliament, Nikos Voutsis, and asked for a leaders meeting to convene on the issue of the new Greek National Council for Radio and Television (NCRTV), the independent TV regulator whose members are appointed by the Greek Parliament. The previous meeting had been postponed after opposition leaders refused to vote until the CoS had reached a decision on the legality of the government’s TV legislation.
Government Spokeswoman Olga Gerovasili pledged that the government would respect the decision of the CoS, but it remained to be seen if opposition parties would adhere to their constitutional responsibilities regarding the NCRTV.