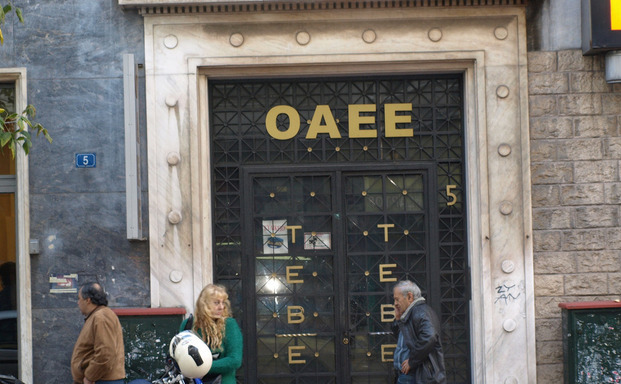 Greece’s two major security funds, OAEE and IKA, face tremendous shortages two months before the end of the year.
The Professional Freelancers Security Organization (OAEE) is about to go bust. OAEE received 835 million euros in credit from the state budget in order to meet its obligations. However, at the end of September the fund had already exhausted 834 million euros, with one quarter remaining.
In September, OAEE absorbed 120 million euros in credit, while the average credit used in the first eight months of the year was 90 million euros. It is estimated that OAEE will need 270-300 million in credit to pay pensions until the end of 2016.
The “hole” in the fund is attributed to the alarming increase in number of overdue contributions. The lack of liquidity in the market and the drop in consumption are the main reasons freelancers fail to pay their contributions.
According to OAEE, collectability of contributions stands at 52% today. Unless it reaches 85% soon, the fund will suffer even more in 2017, OAEE officials say, adding that contributions have dropped by about 80%.
IKA in the “red” as well
The Social Security Foundation (IKA), Greece’s largest security fund, is in the “red” as well. In September, the fund used 220 million euros in credit from the state budget. IKA used an average of about 205 million euros in credit each month in 2016.
Given that the total allocated credit for IKA in 2016 is 2.217 billion euros, the fund should limit its monthly borrowing to 120 million. In the last quarter of the year IKA will require additional funding of about 250 million euros.
High unemployment and a rise in undeclared labor are the main factors that IKA contributions have dropped significantly.