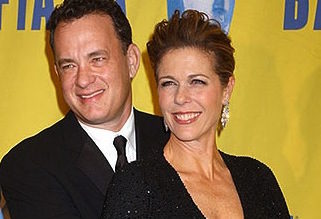 You may have seen some headlines over the past month in tabloids like “The National Enquirer” and “Star” alleging that Tom Hanks and Rita Wilson were having marital troubles and filing for divorce.

Well, Hanks and Wilson saw them too and they were not impressed.

The celebrities have had a rock solid bond and marriage for ages, and they decided to fight back against the false rumors and allegations of multiple tabloids.

Wilson’ and Hanks’ lawyer, Marty Singer, sent an official letter to American Media, the parent company of the two tabloids, to request retractions and apologies.

One such apology read “In the October 10, 2016 issue of The National Enquirer, we did not intend to report that Tom Hanks was having any kind of an inappropriate relationship with Meg Ryan, or that he and Rita Wilson were divorcing,” the Enquirer stated. “We apologize for and regret any implication to the contrary.”

Though the couple acknowledged they would usually laugh off such rumors, the lies became more and more vicious and they realized they no longer wanted to put up with them.

Their joint statement said, “Our marriage is the foundation of our family, is sacred to us, and we couldn’t allow such nonsense as we are about to celebrate our 29th wedding anniversary next April….For Star and National Enquirer to profit by dishonoring what is so precious to us with such falsehoods were, we decided, lies we would not put up with any longer.”

The two tabloids mentioned are frequently known for publishing rumors and falsehoods, and celebrities are starting to get fed up, as Jennifer Aniston did with her pregnancy rumors. It’s good to know that rumors have not affected Hanks’ and Wilson’ long, happy marriage.