Greek Harvard Scientist Dives Into the Mystery of Multiple Sclerosis 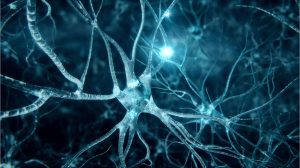 Over 200 genetic factors were linked with the increased risk of developing multiple sclerosis as a result of international research (the largest to date) headed by Greek scientist professor of neurology of Harvard University Nikolaos Patsopoulos. The new finds are a result of the analysis of genomes of over 110,000 people (47,351 suffering from the disease) conducted by researchers from 30 universities and research centers in 18 countries.

After comparing the genomes of thousands of patients with the genomes of thousands of other people without MS, the scientists reached to very important conclusions on the genetic profile of the disease. Most involved genes are related with the cells and the operation of the immune system, something that was expected. The results of the research were presented by the representative of the international research consortium at the annual meeting of the American Society of Human Genetics in Vancouver, Canada.

“It is the largest research globally. Due to the large sample size we found areas of the genome that can be involved with multiple sclerosis among them some less known genetic variations that, apparently, seem to have considerable effect in development of the disease,” stated Patsopoulos. Multiple sclerosis is an inflammatory neurodegenerative disease in which the patient’s immune system turns against itself and destroys the brain’s ability to contact with the body through the signals of the nervous system. The new genetic research reaffirms that the disease can be “triggered” through a complex interaction of different cells and other factors of the immune system. Despite the substantial progress that brings the new research, at a high level the biological mechanisms that lead to the attack against the patient’s nerves, still remain unknown. The discovery that many of the involved cells appear to also be involved in other auto-immune diseases such as rheumatoid arthritis, type 1 diabetes and ulcerative colitis was very important for the scientists. The specific discovery raises the question: why if these genes are common, does the disease attack different organs and have other clinical symptoms?

“The similarities and differences between MS and other auto-immune diseases are part of our research that is in progress. Many of these diseases affect the cells of the immune system but we believe that they change them in different ways which lead to different kinds of diseases” estimated Patsopoulos. Nikolaos Patsopoulos was born in the central Greek city of Larissa in 1980 and graduated from the Medical School of Thessaly University. He earned a PhD in Genetics Epidemiology at the Medical School of Ioannina University in 2008 and conducted post-doctoral research on Statistic Genetics at the Broad Institute of Boston and at the Brigham & Women’s Hospital of Harvard’s Medical School where he is currently associate professor in the department of neurology.