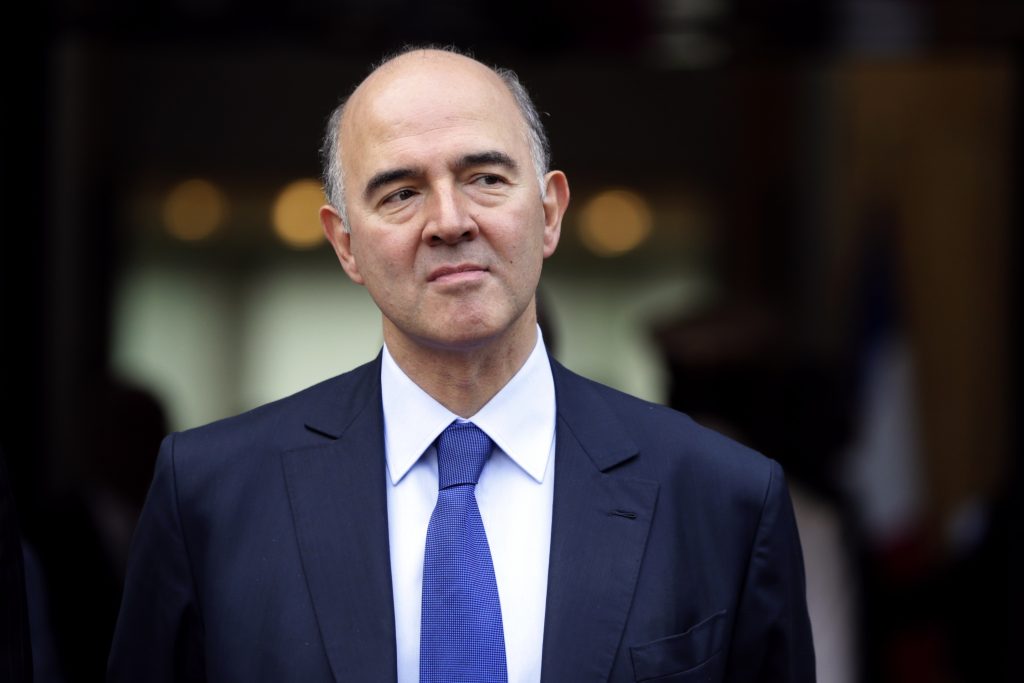 In response to an open letter calling for urgent measures to relieve Greece’s debt, sent to European Commissioner for Economic and Monetary Affairs Pierre Moscovici by 36 European Parliament deputies, Greek MEP Dimitris Papadimoulis on Thursday commented that the Eurogroup’s decisions for debt relief must be implemented without delay.
“The open letter to Mr. Moscovici, an initiative of the Progressive Caucus, has met with widespread resonance, not just within the European Parliament but over a broad political and social spectrum. Other, similar initiatives will follow,” he said.
Papadimoulis, who was among the MEPs signing the letter, noted that “relief of Greek debt and implementation of the Eurogroup’s decisions without delay…is the key not only for turning the Greek economy toward sustainable growth rates but also to a comprehensive handling of public debt as one of the major European issues.”
The letter backed by socialist, green and leftist MPs called on the European Commission to secure debt relief terms for struggling Greece by the end of the year.
The letter to Moscovici in full is given below:
“Following the discussion on the ‘Commission Statement – Macroeconomic situation in Greece, structural reforms and their impact, as well as prospects for future negotiations within the Programme’, that took place on Tuesday 4th of October in the Plenary of the European Parliament, as Members of the European Parliament, we would like to underline the importance of debt relief and the need for concrete measures which are going to strengthen Greece’s economic, social and environmental development.
Greece urgently needs to leave behind the vicious circle of recession and deflation, and move forward with policies that enable both public and private investments and creation of high quality jobs.
The responsibility for this lays upon both the Greek government and the Institutions. Whereas there is a consensus today among leading economists regarding the need for debt sustainability, yet among the Institutions there are diverse views how this sustainability can be achieved. As you are aware, the IMF has a presented different analysis from that of the EU institutions on this matter. The resulting uncertainty hampers Greece recovery.
Any further delays regarding the beginning of a concrete and conclusive dialogue on debt relief could have devastating results on the Greek economy and counteract even the modest decrease of unemployment and poverty levels and delay any improvement of the social and economic situation for the coming period.
On 23rd September, the IMF has declared further debt relief based “realistic assumptions about Greece’s ability to generate sustained surpluses and long-term growth” will be needed in order to restore sustainability.
Debt relief is an important step of the effort to put an end to Greek crisis. Debt relief discussions, as part of the agreement, have to be opened as soon as possible, concluding by the end of the year with a clear road map for debt relief for Greece. It is a precondition not only for the necessary economic and social boost, but also to limit the financial needs of the Greek Economy and therefore create fiscal space suitable for public and private investments.
We, the undersigned MEPs, strongly believe that Greece needs a stable macroeconomic environment. Therefore, Greece needs to leave behind the austerity measures once and for all, creating the conditions of exiting the programme, which should be the last one. Greece needs to focus on making the most out of the Structural Funds that have to be significantly increased especially for countries in crisis, and to surge the degree of security for the people, especially the most vulnerable ones.
In the context of the future negotiations between the EU Institutions and the Greek Government, we urge you to take these views into account, for the benefit of all societies and institutions.”