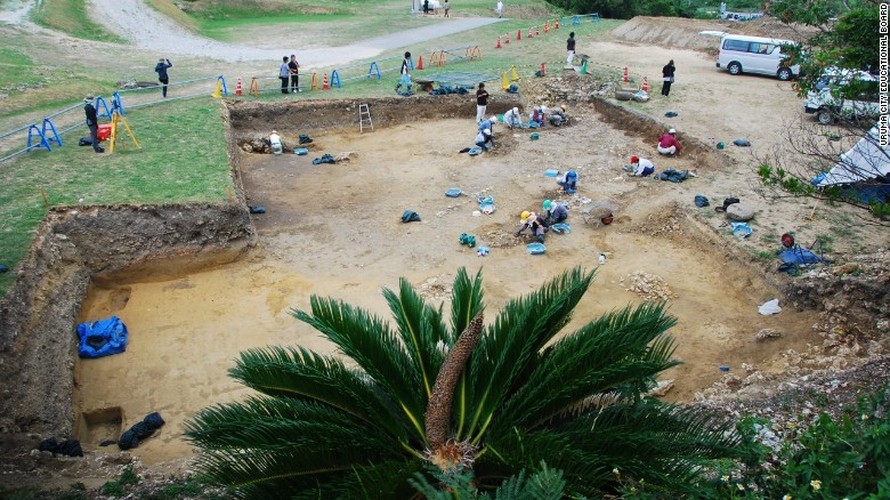 Ancient coins minted during the era of the first Byzantine Empire were found in the excavations of ancient castle ruins in Okinawa, Japan.

According to a Japan Times report, four bronze coins were found, which archaeologists believe date back to the Roman Empire of the 3rd and 4th century AD.  They were found in the ruins of the Katsuren castle — a UNESCO world heritage site — which stood from the 12th to the 15th century AD.

At that time the trade between China and South East Asia were in bloom, and these findings are of particular importance, and indicate trade links between Okinawa and the West, as announced by the Uruma education board, a city near the site where the coins were discovered.

The coins have a diameter between 1.6 and 2 cm, and their surfaces are worn. However, X-ray analysis showed that they bear the image of Constantine the First, considered to be the first emperor of the Byzantine Empire, or Eastern Roman Empire as it was called then. Along with Constantine there is a soldier bearing a spear.

Among other findings are a coin of the Ottoman Empire, the 17th century, and five other round metal pieces, also considered to be coins.