TechNews
GreekReporter.com Greek News Archaeology You Be the Judge: Is this Mosaic at an Ancient Synagogue in...

You Be the Judge: Is this Mosaic at an Ancient Synagogue in Israel Alexander the Great? 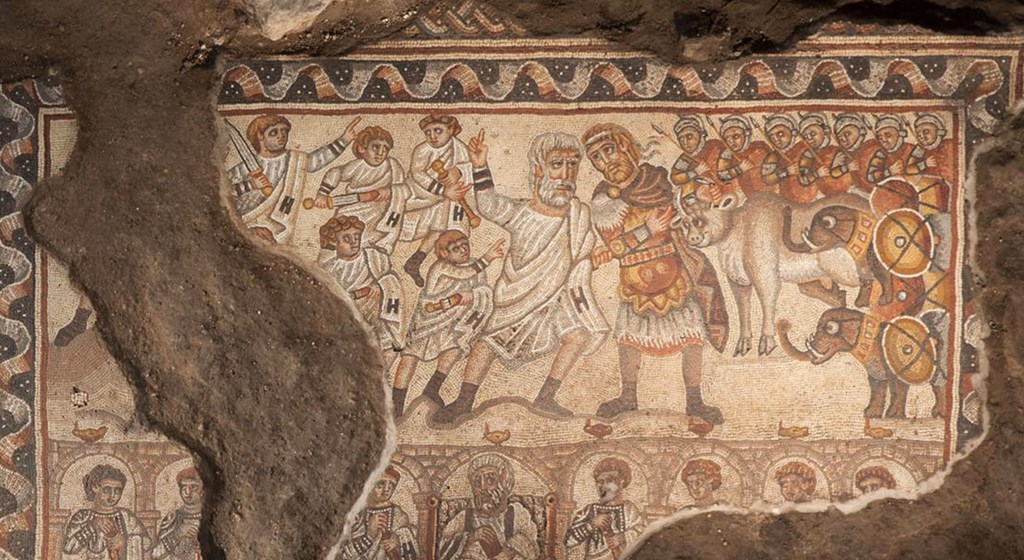 At the archaeological site in Israel known as ancient Huqoq, archaeologists excavated a mosaic of what many believe is none other than Alexander the Great.

According to experts who have examined the mosaic, because of the fact that there are no labels or names on the figures depicted, the mosaic that was discovered among the ruins of a Roman-era synagogue is one of a kind.

“It’s very frequent in late antique and early Byzantine art to have figures in mosaics and other media that are labelled,” Karen Britt, the excavation’s mosaic expert and an art historian at Western Carolina University explained to National Geographic. “The fact that these are not labelled makes it confounding for the modern viewer,” she added.

The theory that backs the mosaic depicting Alexander the Great comes from the unlikely source of historical fiction.

Although Alexander the Great never met with the high priest of Jerusalem in real life, the story itself would have been well-known to residents of ancient Huqoq, excavation director Jodi Magness, who is also an archaeologist at the University of North Carolina, told National Geographic.

“After Alexander’s death in 323 B.C., when his fame spread and his importance became clear because of the way that he changed the face of the Near East, the Jews — like other ancient people — sought to associate themselves with him and his greatness,” Magness said. “That’s why stories like this legend began to circulate.”

As for why there are no labels on the mosaic, Magness explains that “There was only one Greek king in antiquity who was so great that he didn’t need a label.”

Is it no other then the legendary Alexander the Great depicted in the mosaic as a part of historical fiction? Judge for yourself: 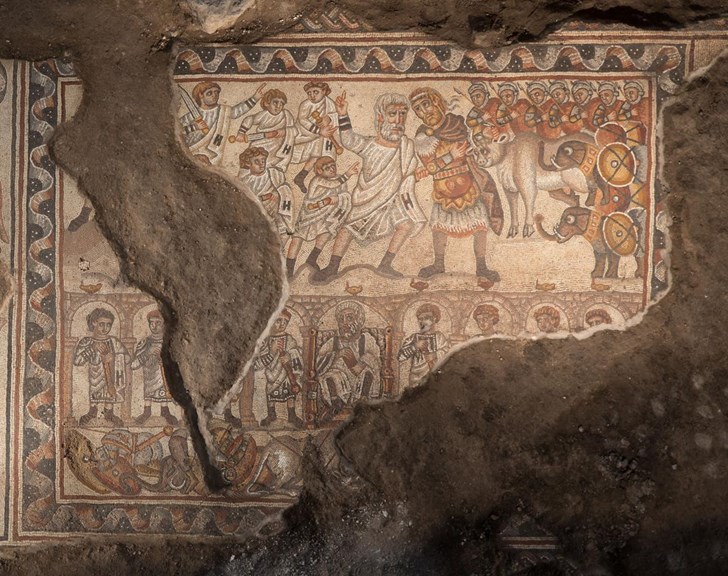