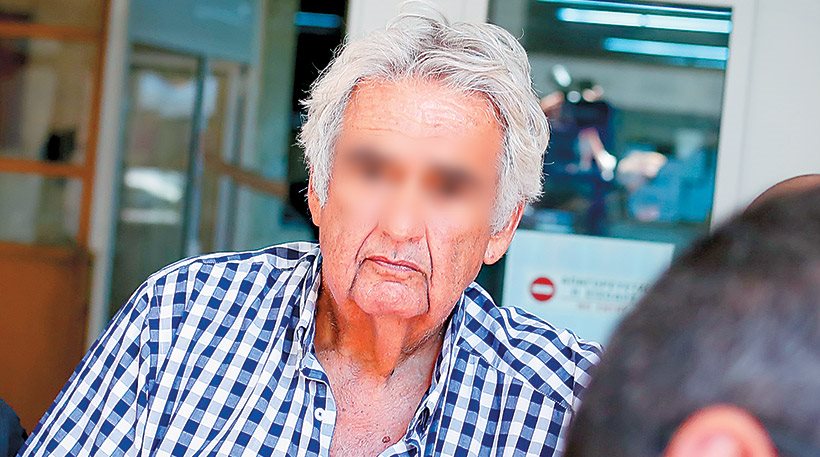 Thrasyvoulos Lykourezos, the captain of the speedboat crash that killed four people on the island of Aegina, is staying at his luxury apartment in Kolonaki following a disagreement between the police investigator and prosecutor on whether he should be released on probation. The police are guarding his home 24 hours round the clock following the tragedy.
Early reports had stated that the accused was at his mansion on the isle of Aegina, however, he was later pinpointed at a home he owns at Haritos Street in upmarket Kolonaki.
An investigation into the case has found that the man suffers from a number of ailments that could have resulted in the fatal crash. These include sleep apnea – a disorder characterized by pauses in breathing or periods of shallow breathing during sleep. He also has kidney failure and is on medication and requires oxygen to stay alive. According to his own testimony, he is in danger of heart failure at any given moment and is a high-risk contender for a stroke.
There is a special bar placed in his home to help him move as he has a leg inflammation that prevents him from going up and down stairs. Due to his disability, he has placed an outdoor lift in his home.
Despite his serious health problems that affect his mobility and reflexes, he managed to renew his motorcycle license and also has a license to operate a speedboat that was renewed on April 14, 2014, and is valid until December, 2017. The wharf where his speedboat was kept was just across the road from the Coast Guard, and yet port authorities seemingly turned a blind eye to his obvious difficulty in movement that would have restricted his ability to control the vessel.
On August 8, just eight days prior killing four people, he had been hospitalized for heart and respiratory failure. He exited the hospital on August 10, just six days before the accident. His medical records show regular hospitalization for heart problems, kidney failure and leg inflammations.