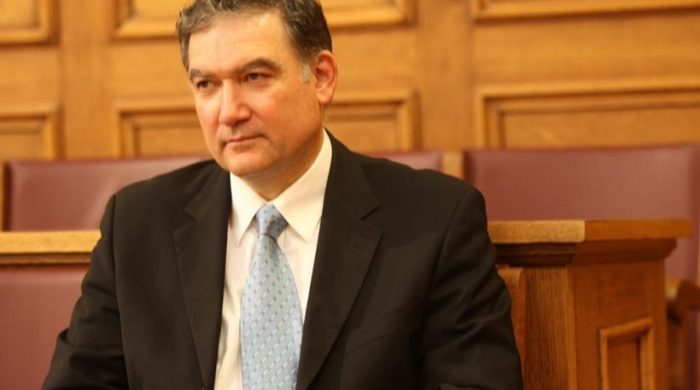 “I don’t regret it one bit. I’d have done exactly the same again — in a heartbeat,” Andreas Georgiou, former ELSTAT chief said to the Financial Times in an interview published on Saturday, August 14. Georgiou, who has also worked for the IMF in the past, spoke about his trial on criminal charges of undermining the “national interest.”
During trial it was decided that the former Hellenic Statistical Authority chief would be facing criminal charges for tampering with Greece’s 2009 deficit numbers. He allegedly changed the original figure in order to justify a bailout by the Eurozone and the International Monetary Fund.
“I feel that I’m living in a paradoxical world where everything is standing on its head. Those who produce reliable statistics that have been validated many times over by international institutions are persecuted while those who oppose them and were responsible for the fraudulent statistics in the past go unchallenged,” he said to the Financial Times.
He also claims that official statistical data is always questioned in Greece, thus creating issues for the rest of Europe and the country itself. “If national officials cannot keep accurate statistics without fear of being dragged for years through the courts, the integrity of the EU and its economic system is critically undermined,” he said.

The Greek Fisherman in Iceland who Never Forgot his Native Land

George Alevras is a Greek fisherman from the historic city of Messolonghi who currently lives in Siglufjörður, one of the northernmost cities in Iceland.
Environment

Greece will create a massive new administrative park near mount Hymettus, it was made public on Saturday.