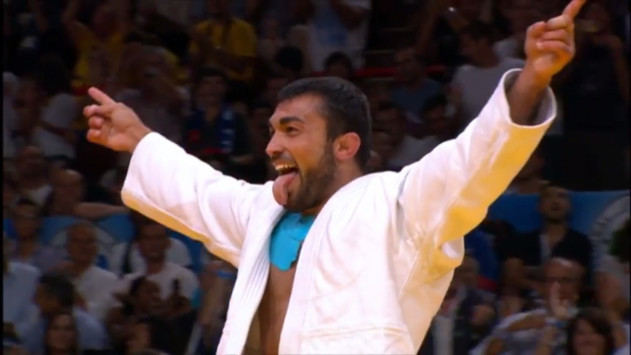 The International Judo Federation (IJF) and its president Marius Vizer thanked Greek judo legend Ilias Iliadis for his contribution to the sport, in response to his announcement that he will retire after the Rio Olympics.
On the IJF Facebook account, the federation bids Iliadis goodbye with a post and a video with highlights from his brilliant career:
“At the end of the competition in Rio 2016, Ilias Iliadis from Greece, Olympic Champion and three-time World Champion, will retire from the sport.
The IJF – International Judo Federation thanks him for his amazing career and for being a role model for many generations of judoka around the world”
Iliadis was born in Georgia in 1986, when the country was still part of the Union of Soviet Socialist Republics (USSR). His family moved to Greece in 2003, where he was adopted by Nikos Iliadis. Only a year later he won a gold medal in the half-middleweight (81 kg) category at the 2004 Summer Olympics in Athens at age 17.
Illiadis also won a gold medal at the 2010 World Judo Championships in Tokyo, in the 90 kg category. As Greece’s flag bearer, he had the honor of being the first athlete to march into the Bird’s Nest Stadium during the opening ceremony of the 2008 Summer Olympics in Beijing.