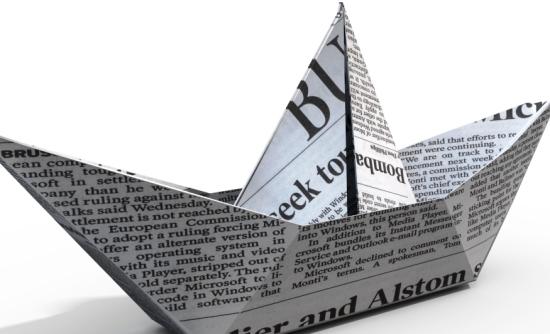 August 1 marks the 195th anniversary since the first Greek newspaper “Elliniki Salpinx” was published in Kalamata by Theoklitos Farmakidis. The newspaper was published using the printing equipment that Demetrios Ypsilantis had brough to Greece from Trieste.
Farmakidis, was born in 1784 in Nibegler near Larissa. He studied at the Phanar Greek Orthodox College and the Princely Academy of Iași. He used to be involved in the publishing of Hermes o Logios with his partner Konstantinos Kokkinakis. He joined the Filiki Etaireia and became an admirer of Adamantios Korais, supporter of Greek independence and critic of the Ecumenical Patriarchate of Constantinople. After the outbreak of the Greek War of Independence, he approached Demetrios Ypsilantis and in August 1821 he started publishing the first Greek newspaper.
The “Elliniki Salpinx” did not run for long. Farmakidis departed after the publishing of the third issue, since he could not stand the interventions and preventive censorship.
The newspaper’s first issue included, inter alia, Alexander Ypsilantis’ note from February 24, 1821, regarding the revolution in Moldovlachia. The second issue included Demetrios Ypsilantis’ announcement to the residents of Livadia, asking for them to leave the unarmed Turks unharmed. Finally, Greece’s call to other European countries, where it was made known that the Greek Revolution was underway, was published in the third issue.