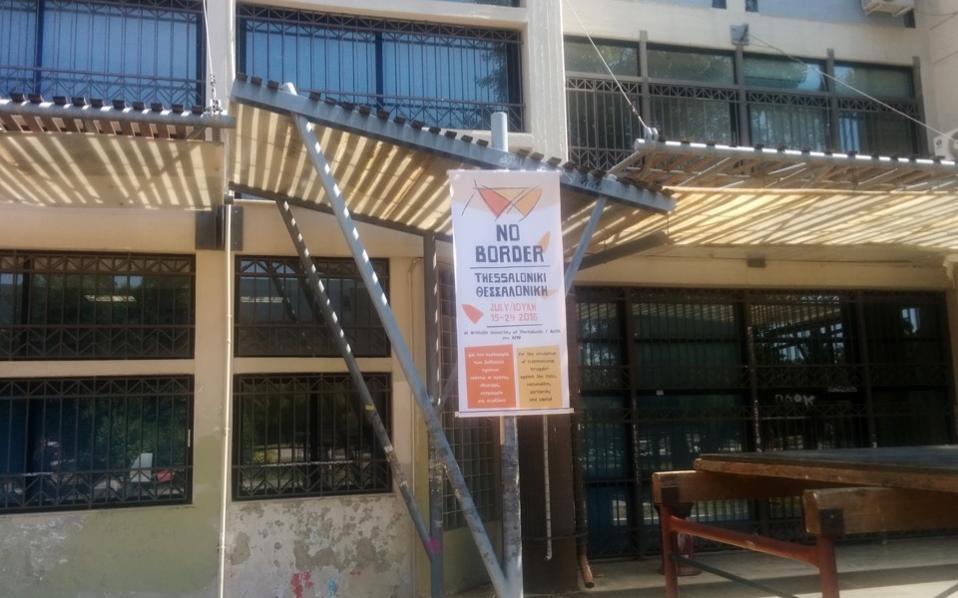 The No Border Camp ended on July 24 with participants abandoning the unauthorized pro-refugee camp they had set up after occupying the Aristotle University of Thessaloniki. The educational institution’s administration on Monday entered the site for the first time since the start of the occupation on July 15 to survey the damage after hundreds of activists from Greece, Italy, Spain and the Netherlands had camped out at the campuses of the Law and Philosophy schools to express solidarity with refugees and migrants.
Along with the activists, hundreds of migrants from reception centers in the region had entered the faculties for around ten days. In their wake, they left behind damage and destruction to property such as broken doors and the clogging up of the plumbing system after their interference with the water supply to provide water to the makeshift kitchens and showers used by campers. There was also graffiti and litter left behind.
The deanship of the school of Law released a statement: “For 10 whole days, the country’s largest university, in the city center, was turned into a type of ghetto with its own laws and regulations, its own policing by occupants, and with its own power structure, with constant blackmail of the style ‘open up or we’ll break everything.'”
The cost of the damage to the already drained education system has yet to be assessed.
Photos from thestival.gr