Aristotle University Says 'No' to 'No Border Camp' 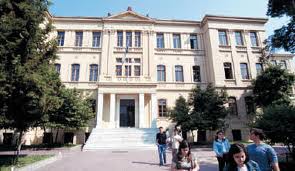 Greece’s largest university, the Aristotle University of Thessaloniki (AUTH), will be occupied and turned into a camp over the next few days, despite the administration’s objections. People from Greece and abroad have organized the “No Border Camp Thessaloniki 2016,” which starts today, July 14. The university’s administration has taken several steps in order to put an end to the event, contacting Greek ministries and the Prime Minister, Alexis Tsipras. However, their call for help remains unanswered.
The “No Border Camp Thessaloniki 2016” event will be held between July 14 and 24 and it will focus on the refugee issue. According to the organizers, the event should take place in Thessaloniki this summer, since the city is located in the heart of the conflicts around the control and management of migration.
According to the Greek police’s first assessment more than 1,000 people will gather in the city to participate in the events. The program includes several protests outside the AUTH campus and the refugee hosting areas in Thessaloniki. The first campers have already arrived at the university campus and set up their tents and RVs. Police officers have arrived in the area but they are instructed to observe for the time being.
Furthermore, the “No Border Camp” website is offering legal advice to foreigners, letting them know about the laws that apply to protests, weapon possession and drug possession.
Meanwhile, Yiannis Boutaris, Mayor of Thessaloniki, has expressed the concerns of citizens and local business owners in regards to the event disrupting the city’s smooth operation. “This is essentially an occupation and that is the definition of iniquity. I believe that the state should intervene. Laws should be implemented, otherwise we will permanently live in a state of lawlessness.”