GRNews
GreekReporter.comGreek NewsEconomyVaroufakis Reacts to Criticism on the 1-Year Anniversary of the Greek Referendum 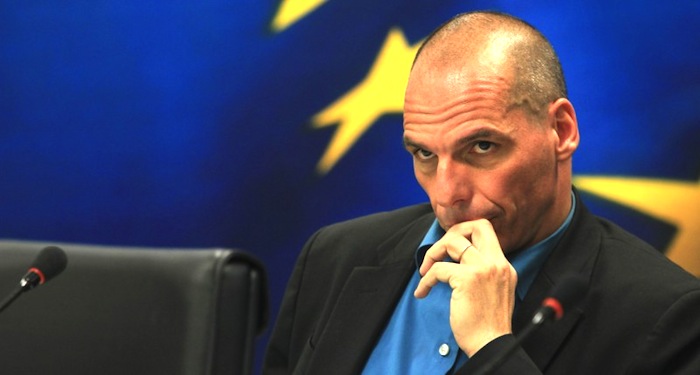 A year since the anniversary of the Greek Referendum on July 5, 2015, when Greeks rejected the terms of the bailout conditions that were subsequently imposed on the country anyway, American economist James Galbraith explained Plan B for Greece that had been drafted by former Greek finance minister Yanis Varoufakis in the event bailout negotiations failed. His book, “Welcome to the Poisoned Chalice: The Destruction of Greece and the Future of Europe,” analyzed the proposal that Varoufakis had made last spring, igniting debate.
State Minister Nikos Pappas, speaking to Greek state TV channel, ERT, said that the finance minister at the time had proposed that the new government work towards pushing through the agreement that the previous government of conservative New Democracy Prime Minister Antonis Samaras had been working on and completing the fifth review with the same terms that the previous government had agreed upon.
Varoufakis took to Twitter:

“Anniversary of 62%, the internal troika says in utter confusion: They ALSO criticize me for being a continuation of (former PM Antonis) Samaras AND for being against Troika. Hate in my honor.”

Varoufakis maintained that the proposal by the conservative New Democracy party for the creation of an examination committee to discuss “Plan B” was the opposite of what should be the case. “The inquiry should take place had I not had a Plan B,” he said. He confirmed that there had been a Plan B in the case that German Finance Minister Wolfgang Schaeuble had attempted to push Greece out of the Eurozone.
Greek Prime Minister Alexis Tsipras also remembered the one-year anniversary since the referendum when he posted on Twitter. He wrote:

“A year on, and we are continuing with our heads held high. We are fighting to get Greece on its feet again with the least possible wounds and paving the way for huge institutional changes to Greece for 2021. Just development, democracy, justice, progress.”

The PMs Tweets caused the reaction of conservative New Democracy Deputy Leader Adonis Georgiadis who re-tweeted with the comment “Funny.” He had similarly reacted to Varoufakis’ Tweet.