GRNews
GreekReporter.comEuropeFirst Call to Prayer from Inside Hagia Sophia in 85 Years

First Call to Prayer from Inside Hagia Sophia in 85 Years 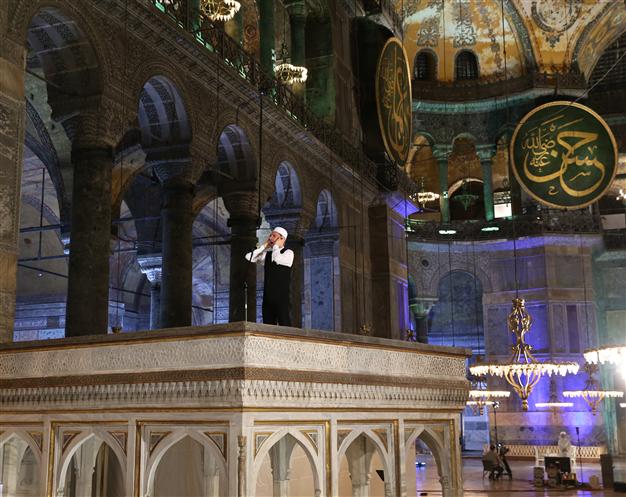 July 1st was marked as the first time in 85 years when a muezzin called the faithful to prayer from inside Hagia Sophia in Istanbul.

The azan call was broadcast from its minarets following July 1’s Laylat al-Qadr, or night of power, marking the first revelation of the Quran to the Prophet Muhammad.

Although the prayer call has been played from Hagia Sophia‘s minarets for the last four years, the muezzin has always chanted from a prayer room in the museum grounds rather than from inside the former mosque and cathedral.

Hagia Sophia, the Byzantine basilica, has been designated as a museum for the past 85 years and is a UNESCO World Heritage Monument.

In recent years there have been calls to return the building to Muslim worship. Last month, the Greek government complained about the reciting of the Quran in Hagia Sophia during Ramadan.

The azan call was televised in a July 2 program featuring Mehmet Görmez, the head of the Religious Affairs Directorate (Diyanet).