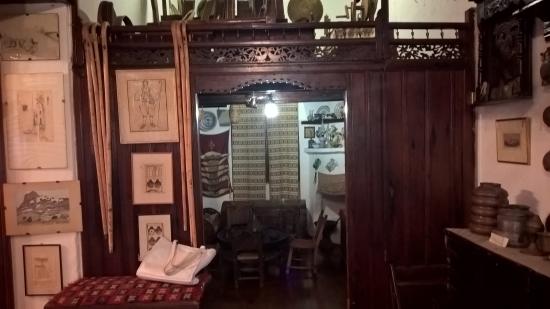 The Faltaits Museum on the Sporadic island of Skyros, which houses unique collections of tools and utensils of primary and secondary traditional economy, announced that it planned to introduce this summer a series of experiential and informational seminars on the traditional life, trades and crafts of Greece.
Those who will participate in the seminars will have the opportunity to come in direct contact with thousands of items of the traditional life of the Greeks, collected from Manos Faltaits from different parts of Greece.
The Faltaits Museum, established in 1964, is housed in the residence of the Faltaits family. The Museum houses items of everyday life in the various periods of the long history of Skyros. There is also a collection of documents and publications dating from the Byzantine period to the Independence war, traditional Skyrian costums, everyday tools, maps, gravoures, rare books and manuscripts, sculptures and paintings of Manos Faltaits.
During the seminars, participants will have the chance to try traditional products of the island such as dried figs, olives, local wine, pies and tsipouro.
Source: ANA-MPA

A European arrest warrant was issued on Tuesday for Christos Pappas, the neo-Nazi former lawmaker, who is on the run after his conviction in October 2020.
Diaspora