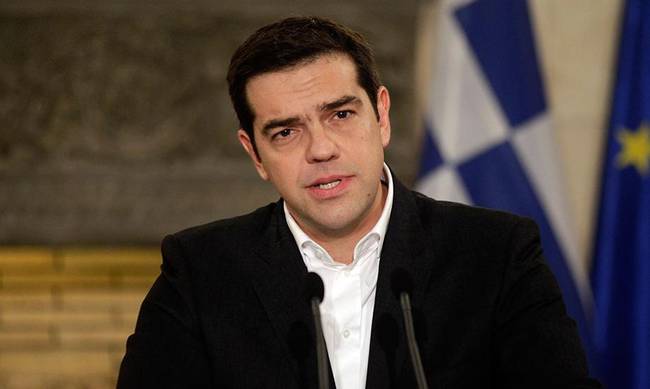 “It is undoubtedly a difficult day for Europe. The project of the European integration has suffered a major blow. The decision of the British people is respected, but it confirms a deep political crisis, an identity crisis and a crisis in the European strategy,” Greek Prime Minister Alexis Tsipras said on Friday on the outcome of the British referendum.
Tsipras underlined that “the British referendum will either work as an alarm to wake up the sleepwalker who walks in the vacuum or it will constitute the beginning of a very dangerous and slippery path for our peoples.”
For this reason, he said, we immediately need a change of course, as well as deeply democratic and progressive changes in Europe, to build a barrier against euroscepticism and the extreme right. “We need,” he said, “a great counterattack of the progressive forces to stop the onslaught of the extreme right and Euroscepticism that found ground to austerity.”
The Prime Minister also stressed that “not only does the arrogant reason of technocrats not move but it infuriates the European peoples, and for this reason we urgently need a new vision and a new beginning for the United Europe. Not for less Europe, but for a better Europe.”
“For that Europe it deserves to struggle and fight for our common future,” he said.
(source: ana-mpa)