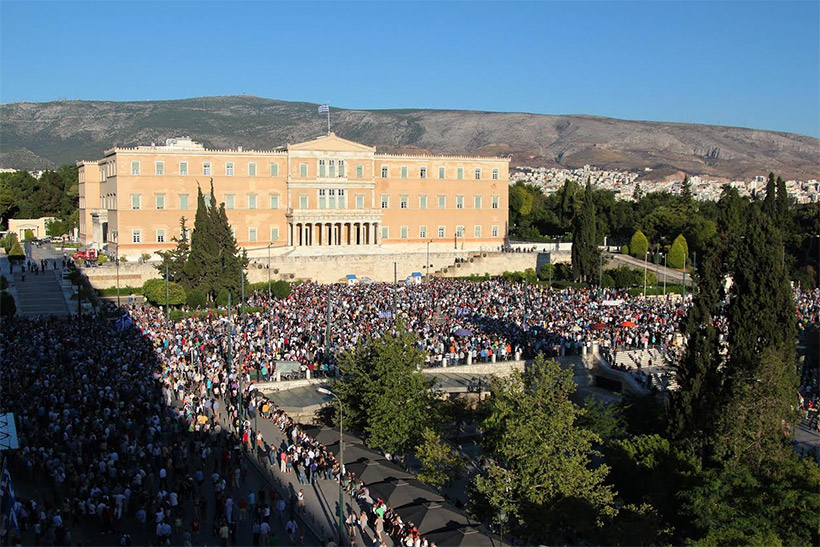 A flood of protestors of all ages gathered at Syntagma Square at 6:30 pm on Wednesday calling for the resignation of the Greek government. The anti-government rally, was organized on social media by the new “Resign” movement that has come in response to the economic crisis and political turbulence that has defined Greece since the rise of the leftist SYRIZA government, serving to exacerbate an already volatile situation in Greece. 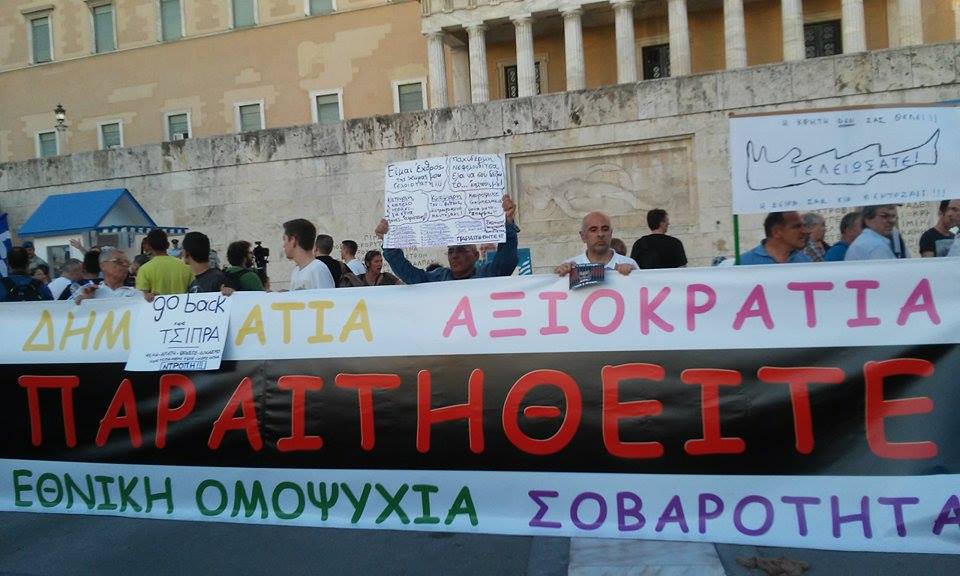 Around 10,000 people heeded to the call, filling Syntagma Square and surrounding streets. The number exceeded the organizers’ expectations bearing in mind fears that there would be violence during the gathering. 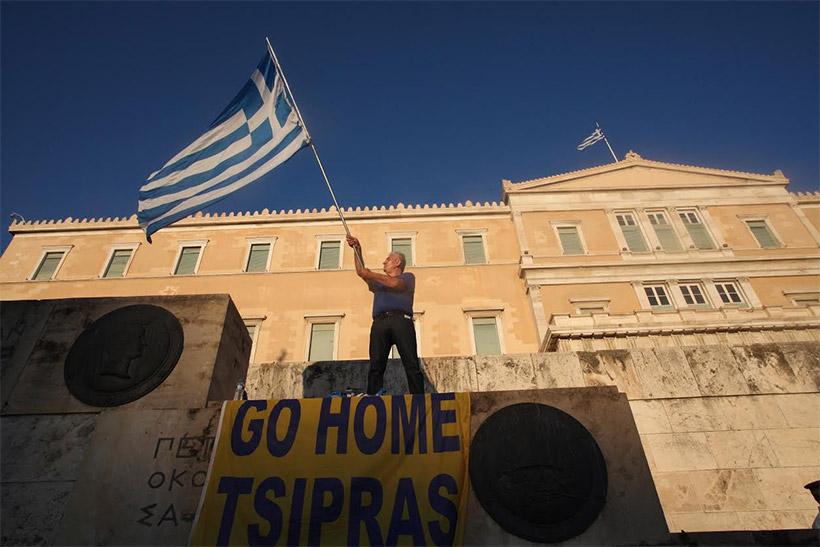 Megaphones with recordings of old speeches issued by Prime Minister Alexis Tsipras, full of broken promises, blared across the square. People booed and yelled, calling for Tsipras to resign amid recorded messages of leftist SYRIZA’s pledges that the bailout agreements would be torn and the debts would be written off.  There were a number of banners with messages: “The people don’t want you, take your junta and leave!” “Thieves, resign!” “Tsipras, liar, resign.” “Tsipras go home.” “Pity us, resign.” “Shame! Shame! Shame!”

All ages were present from 18-year-olds to pensioners around 70 years old, but the majority of people were middle-aged family people with responsibilities and dues who have had to deal with very sudden changes practically overnight. The people that gathered had concern drawn across their faces and are worried about the future. Discussions around the square centered on the hopelessness of the situation. 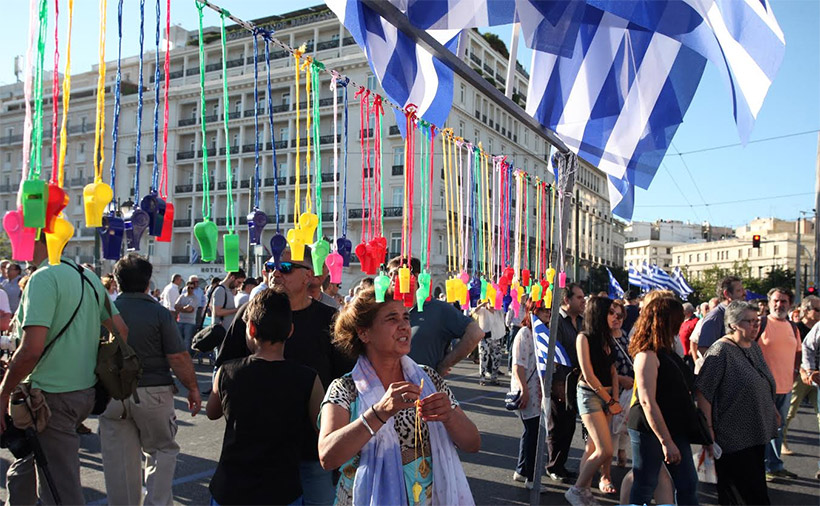 People did not carry political banners, just Greek and EU flags. Nonetheless, a handful of active politicians were present, including Miltiadis Varvitsiotis and Adonis Georgiadis from the conservative New Democracy party, Odysseas Konstantinopoulos from socialist PASOK and Grigoris Psarianos from the centrist To Potami (River) party. 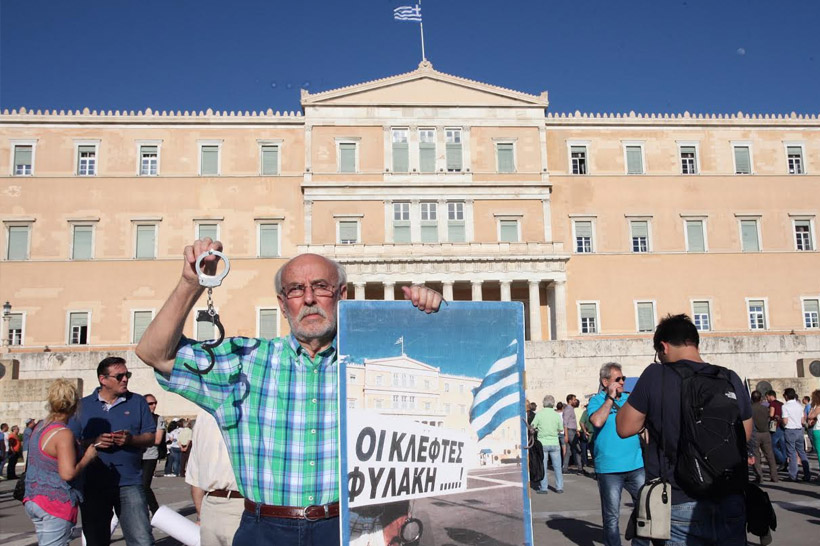 There had been an announcement that anti-protestors would clash with other protestors at 7 pm, however, a group of around 30 people that gathered at Propylaia soon dispersed. Other groups sent their message across by throwing nappies in the street. 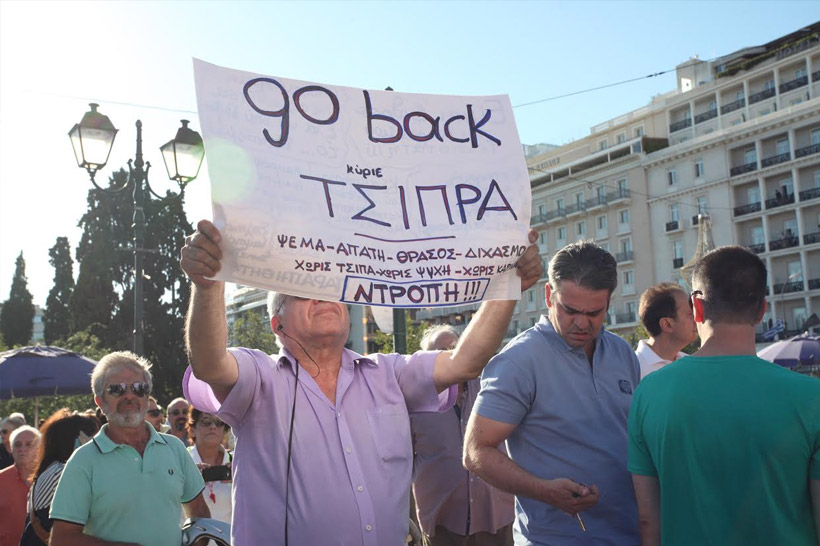 Canteens and street vendors set up dozens of kiosks at the central square, as well as along key roads leading to Syntagma, such as Panepistimiou Street, Amalias Street and Vasilissis Streets.