GRNews
GreekReporter.comGreeceFirst Holy and Great Synod of Christianity in 1000 Years

First Holy and Great Synod of Christianity in 1000 Years 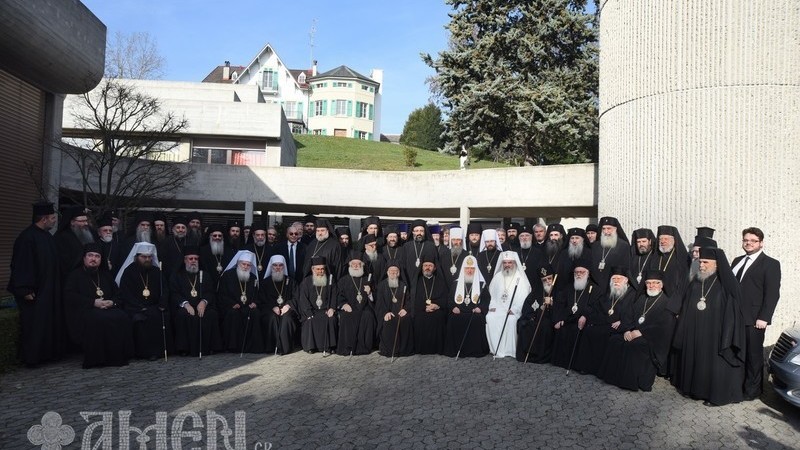 Orthodox patriarchs around the world are preparing for the Holy and Great Synod, a meeting that is the first in 1000 years and has been under discussion for almost a century.
The Synod will take place at the Orthodox Academy of Crete and is scheduled to run from June 16 to June 26. The Council meeting is the first of its kind in over 1100 years: the last Pan-Orthodox council of this scale was convened in Constantinople in 879-880, when over 380 bishops attended, a Sigma Live report says.
John Chryssavgis, the archdeacon and theological adviser to Patriarch Bartholomew of Constantinople, has written: “The council of 2016, which has been on the table for discussion and preparation since at least 1961 (although there were earlier proposals for such a council in the 1920s and 1930s), will for the first time ever gather representatives from all 14 independent Orthodox Churches.”
The council will be led by Ecumenical Patriarch Bartholomew.
The Council members are 24 bishops from each of the 14 autocephalous Orthodox churches, (Constantinople, Alexandria, Antioch, Jerusalem, Georgia, Cyprus, Bulgaria, Serbia, Russia, Greece, Poland, Romania, Albania, and Czech Republic and Slovakia).
According to the Sigma Live report, “the attendees are scheduled to approve six documents, including statements on: the mission of the Orthodox Church in the contemporary world; the pastoral care of Orthodox living outside their church’s traditional homeland (diaspora churches-the new world churches established for immigrants who emigrated from Orthodox countries like Greece, Serbia, Russia and elsewhere to places like the United States, Canada and Australia); how the autonomy of new Orthodox churches is determined; the sacrament of marriage and its impediments; the significance of fasting and its application today; and relations of the Orthodox Church with the rest of the Christian world.”
The primates will also determine the establishment of a Panorthodox Secretariat, the by-laws of the Council, the participation of non-Orthodox observers in the opening and closing sessions, and the Council’s budgetary costs.
Complications and controversies to mark the Synod
The first controversy is the place where the Synod will be held. It should normally take place in Istanbul, seat of the Ecumenical Patriarch. However, the recent tension between Russia and Turkey has forced the Orthodox Church of Russia to ask for the Synod to move away from the Turkish city.
Furthermore, the Orthodox Church of Bulgaria has signaled its withdrawal from the Pan-Orthodox Synod, reportedly upset over some of the documents up for discussion and also the seating arrangements. The Patriarchate of Antioch, has withdrawn from the proceedings over a jurisdictional dispute involving Qatar.
Reverent John Chryssavgis said, “If one or more churches don’t attend, all the decisions made will still hold and be binding for all Orthodox churches.”
“Unity is an objective, not a given. It’s something we aspire to,” Chryssavgis said. “It may be there spiritually and liturgically and sacramentally, but to make it visible is hard, painful, and slow work, all of which takes time.”
Catholic Church to attend
Ecumenical Patriarch Bartholomew of Constantinople has invited Head of Catholic Church Pope Francis to send observers to the meeting. The Pope has designated Cardinal Kurt Koch and Bishop Brian Farrell, respectively the president and secretary of the Pontifical Council for Promoting Christian Unity, to represent the Catholic Faith during the proceedings.
Furthermore, Pope Francis will send high-level observers to the pan-Orthodox council meeting in Crete as a sign of respect, support and encouragement of the Orthodox Church.