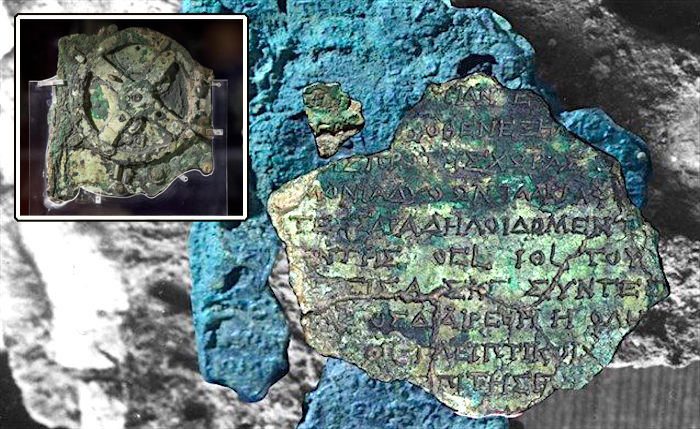 The overall analysis of the inscriptions found inside the Antikythera Mechanism was presented on Thursday by the study group of the enigmatic object.
In an event held at the Katerina Laskaridis Historical Foundation Library. The findings are the result of an international scientific research effort over the past 10 years. 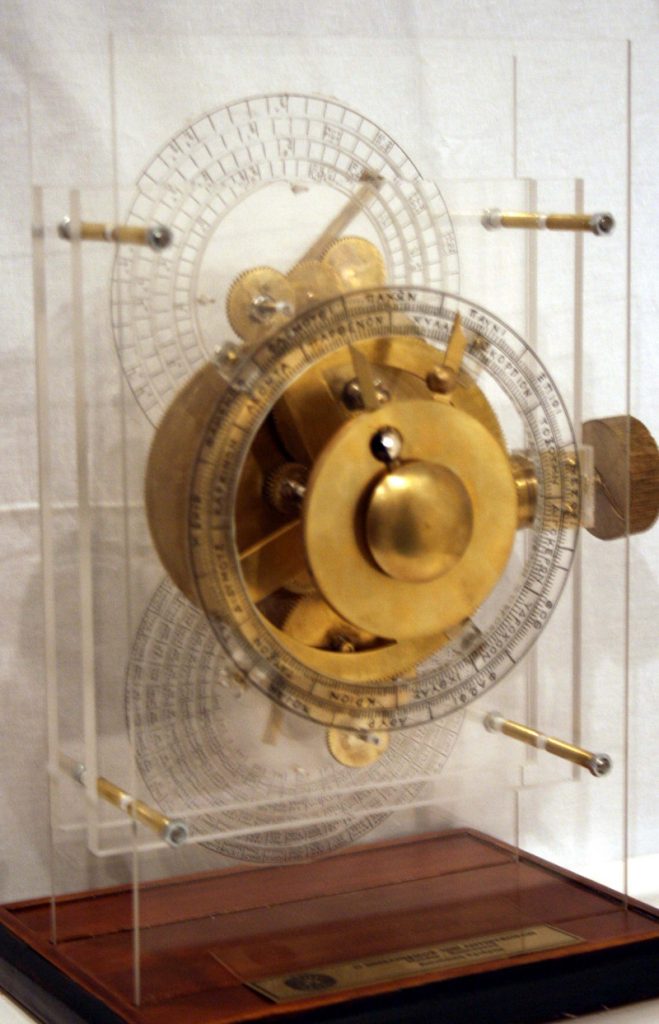 According to the new data from decoding the inscriptions inside the folds of the mechanism, the mechanism can be considered as the world’s oldest computer, which gave the user the ability to see exact times of eclipses of the moon and the sun and the motion of celestial bodies.
Specifically, on one side of the device was a handle which was starting the movement of the whole system. By turning the handle and rotating the gauges in the front and rear of the mechanism, the user could set a date that would reveal the astronomical phenomena that would occur around the Earth.
Physician Yiannis Bitsakis who did part of the presentation said that today the NASA website can detail all the eclipses of the past and those that are to occur in the future. “What we do with computers today, it was done with the Antikythera Mechanism about 2000 years ago,” he said.
By successfully reading 3,400 characters from the fragmented inscriptions, the research team has been able to recognize whole sentences that help in understanding the functional object and form something like a “manual” for the use of the instrument.
Space Physics professor Xenophon Moussas said that “today’s computers and mobile phones have their roots in the gears of the mechanism,” as evidenced by the inscriptions found on the object.
“The most important thing is that we see laws of physics applying inside the mechanism, and the proof is in the inscriptions and the numbers 76, 19, 223 that also show the name of the manufacturer, who tells us clearly ‘I am a Pythagorean,'” Moussas said.
As the professor argued, this machine is the root of all civilization and technology and in fact it is the oldest “tablet.”
The Mechanism also includes an astrological calendar, as the indicators seem to revolve around the zodiac revealing the movements of both the Moon and the planets. The movements of the planets are directly linked to specific observation sites, suggesting that the creator of the Antikythera Mechanism had provided for the use of the machine in more than one location. This is indicated by the fact that the words Dodona and Alexandria have been found in the engravings. The mechanism also included methods to estimate the time of sporting events held every four years, like the Olympic Games and the Isthmian games, claimed the researchers.
All scientists agreed that the Antikythera shipwreck is the most important wreck discovery in human history.
Further underwater excavations and research will be conducted in the hope to discover more fragments of the enigmatic mechanism and decode more secrets hidden in its gears.