GRNews
GreekReporter.comDiasporaA Picture Worth 1,000 Words About the Migrant Crisis in Greece

A Picture Worth 1,000 Words About the Migrant Crisis in Greece 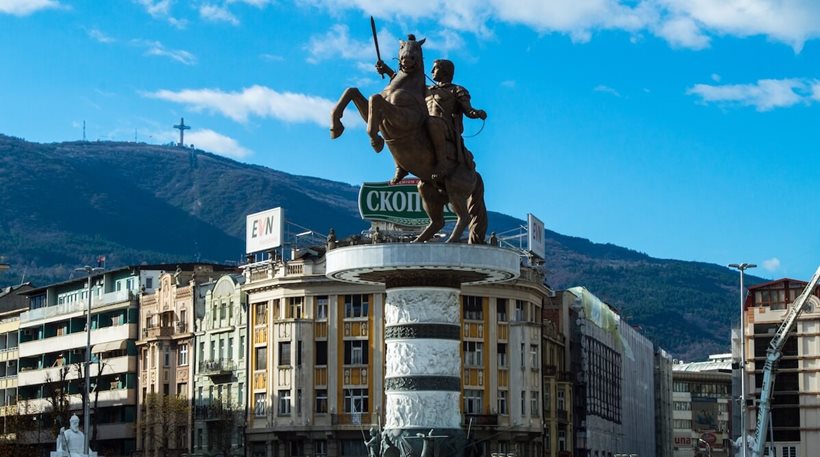 If one were to describe the way the Greek government handles the migrant inflow with one picture, this would be it.
Families of hapless migrants with nowhere to go camp out at Omonoia Square in Athens. After all, the poster on the department store welcomes them to Greece, a country that also seems to be going nowhere.
The clever, bleeding-heart slogan of Alexis Tsipras, “We will not allow Greece to become a warehouse of souls” seems to be just that, one of the many he uttered, devoid of meaning and sincerity. Empty words by the head of an administration empty of will, ideas and ethics, trapped in the nowhere land between sheer incompetence and outdated political obsession.
The reality is that the Greek government did next to nothing for the well-being of the thousands of migrants who landed on its shores in the past year. It was mostly the kindness of ordinary Greeks and legitimate NGOs and charities that kept the migrants alive and hoping.
As for Omonoia Square, once the commerce center of the capital, nowadays serves as a makeshift camp for irregular migrants.
For those who want to see what Omonoia Square looked like in the not so distant past, here is a picture from the 1980-1990 period. 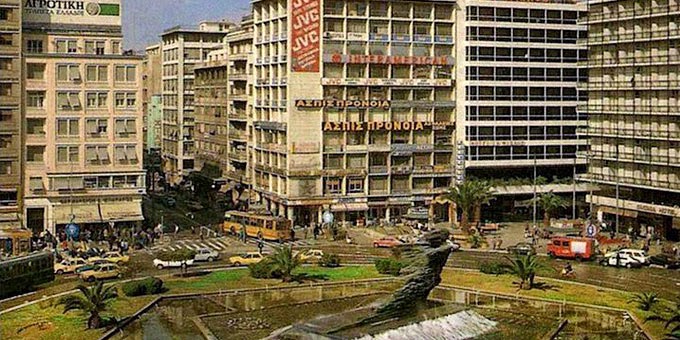