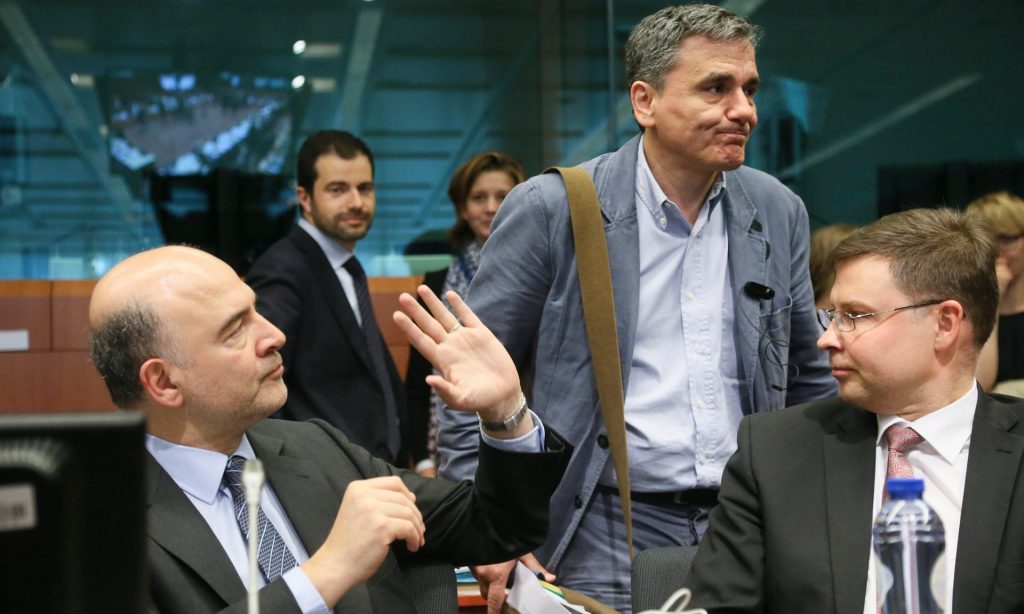 Eurozone ministers locked horns for almost twelve hours at Eurogroup discussions aimed at unlocking the next tranche of bailout money for Greece. Athens entered the meeting hoping to receive an 11-billion-euro tranche of bailout funds in the second installment of its third bailout agreement last August worth 86 billion euros. Paving the way for an agreement that was finally reached, Greece had agreed on contingency measures worth 3.6 billion euros to swing into force if it veers from its primary surplus targets, whereas Greek Parliament had pushed through a series of unpopular tax measures on Sunday.
Though all parties entered the meeting expecting to approve the disbursement of a 10.3-billion loan tranche, there was deadlock concerning ways in which to reduce the recession-hit country’s 321-billion-euro debt mountain. The International Monetary Fund (IMF) threatened to walk away from the Greek bailout unless there is substantial debt relief, however Germany maintains that there will be no changes before 2018. However, IMF officials will recommend to their board that they join the Greek bailout programme.
Another hitch in the meeting concerned EKAS, Greece’s Pensioners’ Social Solidarity Benefit, being cut back under the bailout program. Eurozone ministers were reportedly furious that Greek Radical Left Coalition (SYRIZA) Prime Minister Alexis Tsipras changed the EKAS scheme without the creditors consent. Reports from the meeting suggested that Germany wanted changes to the austerity measures to be transposed into Greek law on Sunday.
An hour before bells chimed midnight in Brussels, news leaked from the meeting that Greece would be handed its aid tranche, but in installments.
The meeting ended a bit before 2:00 am Brussels time and a joint Eurogroup statement on the deal that was reached followed.