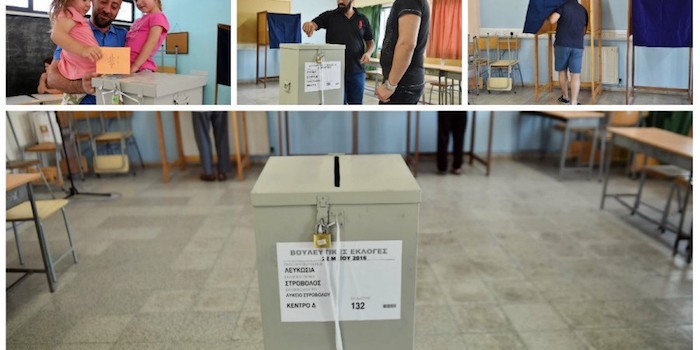 Polling stations in all districts in the southern government controlled areas of the Republic closed at 1800 local time (1500 GMT) for the parliamentary elections, in which a total of 542,915 persons were entitled to vote.
Cypriots went to the polls to elect the 56 members of the new House of Representatives for a five-year term. This is the eleventh parliamentary election since the establishment of the Republic of Cyprus in 1960.
The ruling Democratic Rally (DISY) is the winner in today`s parliamentary elections, having garnered the biggest share of the vote.
The main opposition left wing AKEL party is trailing behind, having sustained loses. The Democratic Party DIKO remains the third power in Parliament and the Socialist EDEK comes fourth.
The Citizens` Alliance is set to enter the House of Representatives and so is the Solidarity Party and the National Popular Front (ELAM).
With registered voters 543.186 and 362.541 (66.74%) ballots counted, 351.390 (96.92% were valid, 7.673 (2.12%) invalid, 3.478 (0.96%) blank, and 180.645 (33.26%) abstentions. 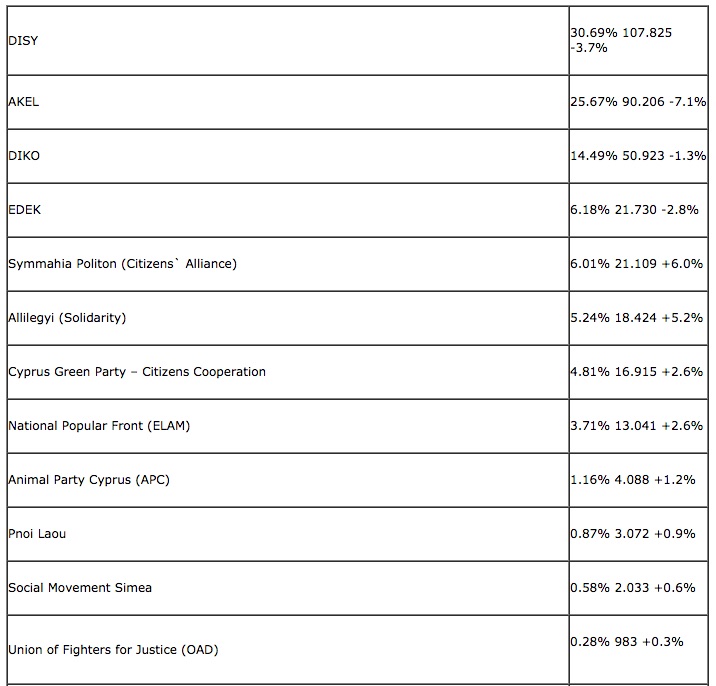 In the last election in 2011, the DISY took 37.8 percent of the votes, followed by the left-wing AKEL party on 27 percent, the Democratic Party DIKO on 10.8 percent and the socialist EDEK on 7.7 percent.