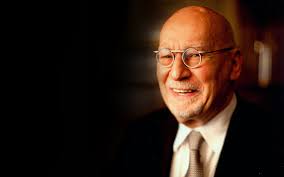 George Lois, the son of a Greek immigrant florist, known as the man behind iconic campaigns for Tommy Hilfiger, MTV and unforgettable Esquire covers, has announced that he is partnering with TransMedia Group to launch his own New York-based advertising company called Lois TransMedia, Big Idea Advertising and Public Relations. Lois has spent a lifetime redefining the role of art directors, and his new agency will be no exception to modern marketing needs as it will offer full-service marketing featuring traditional and online advertising, marketing, PR, social media and film production. 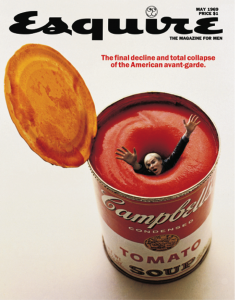 Lois has previous experience in opening creative marketing agencies. In the 1960’s, he broke away from working under Willam Bernbach at DDB and created Papert Koenig Lois, which was at that time the second creative agency to be opened in the world. In 1967, Lois left Papert Koenig Lois to found another agency, Lois Holland Callaway Agency.

“I know how to start ad agencies,” Lois told Adweek in a recent interview. “Starting an agency like this, at my age, I feel young. I really feel like I’m in my 20s.”

Perhaps sweetening the deal even more is that his latest business venture is another partnership with his son, Luke, who he previously worked together with and had great success at Good Karma Creative and Tom Madden from TransMedia Group.

Lois’ basic founding principle for his new agency centers around keeping things to a smaller scale and focusing on the creative work. He says that he plans to start off by letting clients come to him based on his past work accomplishments and reputation in the industry. “During my career I sat in my office, did great work and the phones would ring,” he said. “If you produce great work … accounts will come to you.”

Lois has yet to commit to an official launch of the new agency, but says that he and his team are considering office space on the west side of Manhattan. 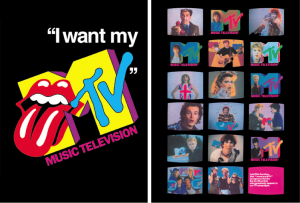 With his new company soon to kick off, this will be yet another mark of accomplishment for the advertising genius. Throughout his lucrative career in advertising, Lois has worked on some of the most recognizable ad campaigns such as MTV’s “I Want My MTV’ campaign, the launching of Tommy Hilfiger brand and he also created some 80+ Esquire covers. Of the Esquire covers, 80 were exclusively designed by Lois and are said to capture the changes in American society in the 60s. Some of his most iconic are of Andy Warhol drowning in a can of tomato soup as commentary to the declining pop art era, or another with Muhammad Ali with hands tied behind his back and his body full of arrows like Saint Sebastian. Overall 40 of the 80 covers have joined the permanent collection of modern art museum MoMA in New York.