Greek-Australian writer/director Antonis Tsonis’ new short film ,“3000”, is turning heads and drawing attention at film festivals all over the world.

The short focuses on an unemployed young man in Athens named Leon, who finds out that his best friend Ari is battling cancer and unfortunately cannot afford to pay for more cancer treatments. Frustrated and desperate to help, Leon starts to consider working within the criminal world in order to support his friend.

The film takes place against the backdrop of modern-day Athens, where the story of a young, frustrated, unemployed man doing whatever he can to help those around him resonates deeply with a population weighed down by the current economic crisis and austerity measures. Tsonis’ neo-realist style truly brings to a life a city pushed to its limits. 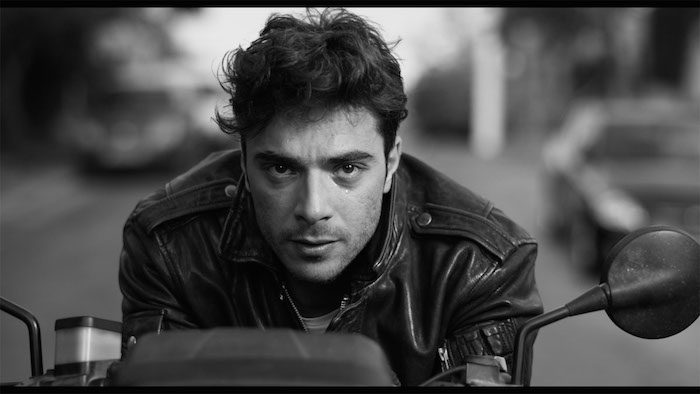 Antonis Tsonis has been rising in the indie film industry ever since his 2013 short “The Firebird” was screened in over 35 festivals worldwide. In 2015, he became a recipient of Australia’s prestigious Deluxe Heartbeat Fund, and now “3000” has gone on to win the Ron Tibbett Award for Excellence in Film at the Magnolia Independent Film Festival.

In previous interviews, as well as on his personal website, Tsonis reveals growing up in a household influenced by literature and art, where he started writing his own poems and stories at the age of 7. He later studied law and history, receiving a Doctorate in Jurisprudence before realizing that his passion and heart lied in the world of film.

These days, Italian neorealist cinema and the American New Wave movement influence Tsonis’ films quite heavily, lending them a classic look and leading Tsonis to focus on characters struggling on the outskirts of society.

In the stirring, beautifully filmed “3000”, Antonis Tsonis wants to convey the present-day reality of Athens, the city he was born in and spent some of his younger years experiencing in the 1980s. His childhood images of iconic neighborhoods such as Koridalos and Piraeus have remained etched in his memory and continue to influence the aesthetic of his films, especially “3000”.

As the director himself states, “one of the reasons I chose to shoot the film in Greece was the love I feel for my homeland, and also the love I receive whenever I find myself there. The area of Kypseli, in which most of the filming took place, is a great example of the various eras that it has undergone, from the heights of glory to its eventual decline, even before the crisis.”

The director’s commitment to representing Greece can also be seen in his selections for the film’s crew. Though Tsonis is based in Melbourne, where he has founded Ficino Films (the independent film house behind “3000”), he worked with co-producer Panagiotis Fafoutis, a native of Patra, hired casting director Akis Gourzoulidis, and worked with Greek editor Lambis Haralambidis.

The co-founder of Ficino Flims, Tia Spanos Tsonis, also played an important role in the film’s development, as did the music of Manuel De Sica, German cinematographer Joerg Gruber, and Greek newcomer Panos Natsis in his debut performance as the main character, Leon.

You can discover more of the story behind the film and Antonis Tsonis’ production company at Ficino Films.