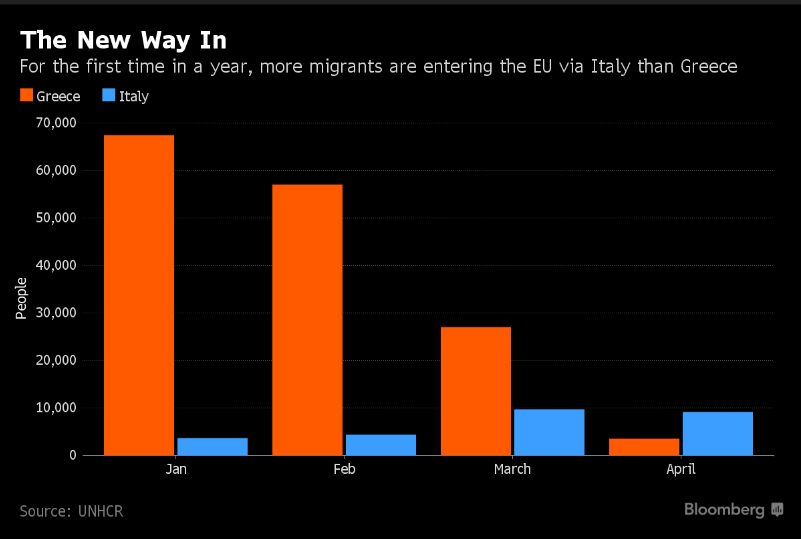 A recent chart created and published by Bloomberg, shows that the refugee route to Europe through Italy is becoming busier and, for the first time since April 2015, saw more arrivals than Greece saw from the country towards the east.

According to the Bloomberg’s piece, “by the end of last month, 27,926 people had arrived in Italy from Africa in 2016 – slightly up on the 26,228 figure at the same point last year. The flow of migrants through the Aegean Sea has waned since the European Union and Turkey struck a deal in March to send refugees back that arrive in Greece.”