Why Turkey’s Historic Churches Are Being Turned Into Mosques 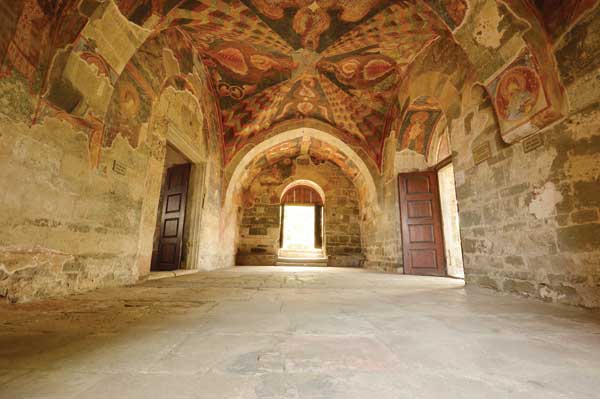 The Christian churches in Turkey that have been turned into mosques is the subject of an interesting report in the Assyrian International News Agency.

As Christians in Turkey have dwindled down into a tiny minority, the remaining follow the same path.

The Hagia Sophia was one of the many historic Orthodox churches located in the city of Trabzon. The church was first converted to a mosque during the Ottoman rule. In 1964, it was turned into a museum. Since 2013, however, it was converted into a mosque again.

Christian symbols in the church have been damaged or destroyed. Nails have been pounded into the walls in order to hang curtains inside the new “mosque” to create a separate section for women. The frescos on the ceiling have been veiled with wooden structures and the mosaics on the floors have been covered with carpets. Some walls have been painted green.

Trabzon is located in the ancient land of Pontos, in the Black Sea part of Turkey. The first Greek settlements appeared in the region as early as 800 BC. Renowned Greek philosopher Diogenes was born and raised in Pontos, which means “sea” in Greek.

The region is also central to the Christian faith. The Pontic (Pontian) people were some of the very first converts to Christianity. Trabzon had its own bishop as early as the First Council of Nicaea in 325 AD.

Pontos was first invaded by Seljuk Turks in the 1070s and 1080s, and then by the Ottoman imperial army. The demographics and culture of the region have totally changed since.

The gravest mass murders of Christians took place during the latest stage of the Ottoman Empire as well as the founding phase of the Republic of Turkey.

After the Asia Minor disaster in 1922 when thousands of Greeks lost their lives, the Exchange of Populations between Greece and Turkey which was signed on the May 1, 1923 saved the remaining 189,916 Greeks from further persecution and death in the hands of the Turks.

Even 93 years later, the few remaining traces of Christianity in Turkey are still being systematically eradicated by state authorities.

Today, Trabzon is one of the cities with the highest number of mosques in Turkey. It had 1,952 mosques in 2014.

The systematic conversions of historic Christian churches or church-museums into mosques, therefore, speak volumes about the level of tolerance, religious freedom and pluralism in Turkey, the writer of the report comments.