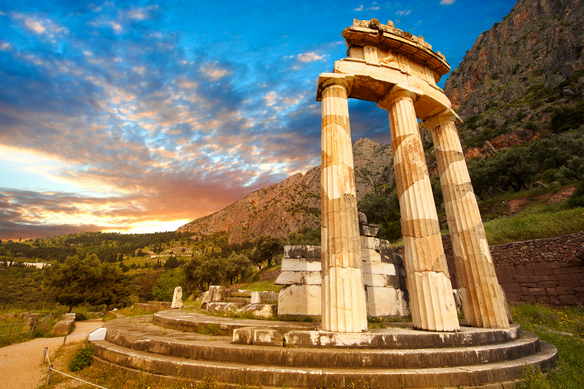 Dimitris Mitropoulos, an avid traveler, was surprised when he brought his first drone in an effort to explore areas he hoped to visit before heading there by foot. The result was exquisite, and he found that there was an audience interested in seeing his work when he posted snippets on social media. It was only a matter of time before Fab Drone was created, a site manned by Mitropoulos himself where he shares drone footage of his travels with the rest of his world.
Exquisite beaches, island hotspots, mountainsides and ancient sites where the public is forbidden. His latest creation is the mystical oracle at Delphi that lies at the foot of Mt. Parnassos, revered in antiquity as the navel of the world.


NOTE: Delphi is recognized by UNESCO as a World Heritage Site in having had a phenomenal influence in the Ancient world, as evidenced by the rich monuments built there by most of the important ancient Greek city-states, demonstrating their fundamental Hellenic unity.