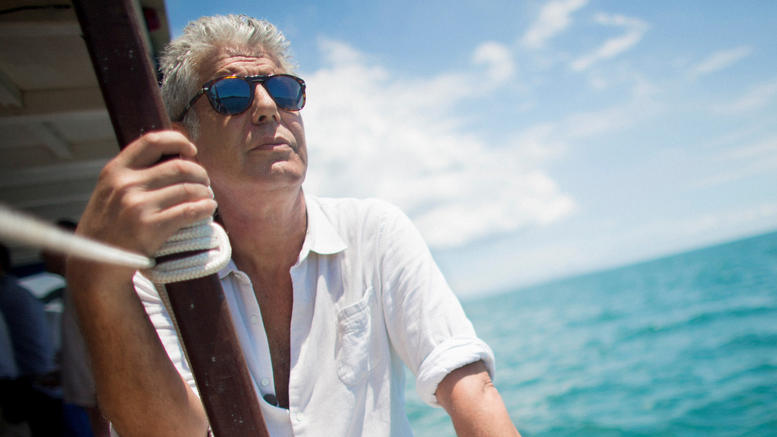 Internationally famous chef Anthony Bourdain, and host of the CNN show “Parts Unkown,” was in Naxos filming and tasting the island’s cuisine and culture.
The episode “In the Greek Islands” showed what the famous chef did during his visit on the island and what he ate and drank with the locals.
As Bourdain said, his idea was simple: “I go to a really nice, laid-back Greek island — one with an actual local culture, businesses and income streams outside of tourism — and slide gently into another year of making television whilst maintaining my suntan from summer vacation.”
The chef also admitted that since he had done a bit of homework and knowing that Greece was going through an “awful, crippling financial crisis,” he had few expectations.
Bourdain knew that Naxos was not a party island like Mykonos. He described Naxos as “a blank slate. So the narrow slices of life depicted in this episode are me learning right there along with you.”
In addition, apart from the delicious food, Bourdain described the island of Naxos as gorgeous.