Notes on Dating a Greek: Superstitions, Traditions, and Passions

Greek Superstitions 101
What if you could tell your future from a coffee cup? It might sound crazy, but this is one of the many superstitions in which Greeks indulge. Generations upon generations of yiayias have been predicting the future of family members by looking at the coffee grounds left at the bottom of their Eliniko café (Greek coffee). In fact, some Greeks believe in the fortune-telling powers of coffee grounds so much, they will base their daily lives on that morning’s cup of coffee.
There are other superstitions just as prevalent in Greek families, such as the evil eye, or ‘mati.’ It is believed that someone can cast the evil eye onto another person out of envy (either good or bad) and jealousy.
You are said to be ‘matiasmenos’ (the evil eye has been cast upon you) if you are dizzy or have a headache and yawn a lot. The good news is that you can have the ‘spell’ broken by someone who knows how to do a special ritual done with oil, water and prayers. 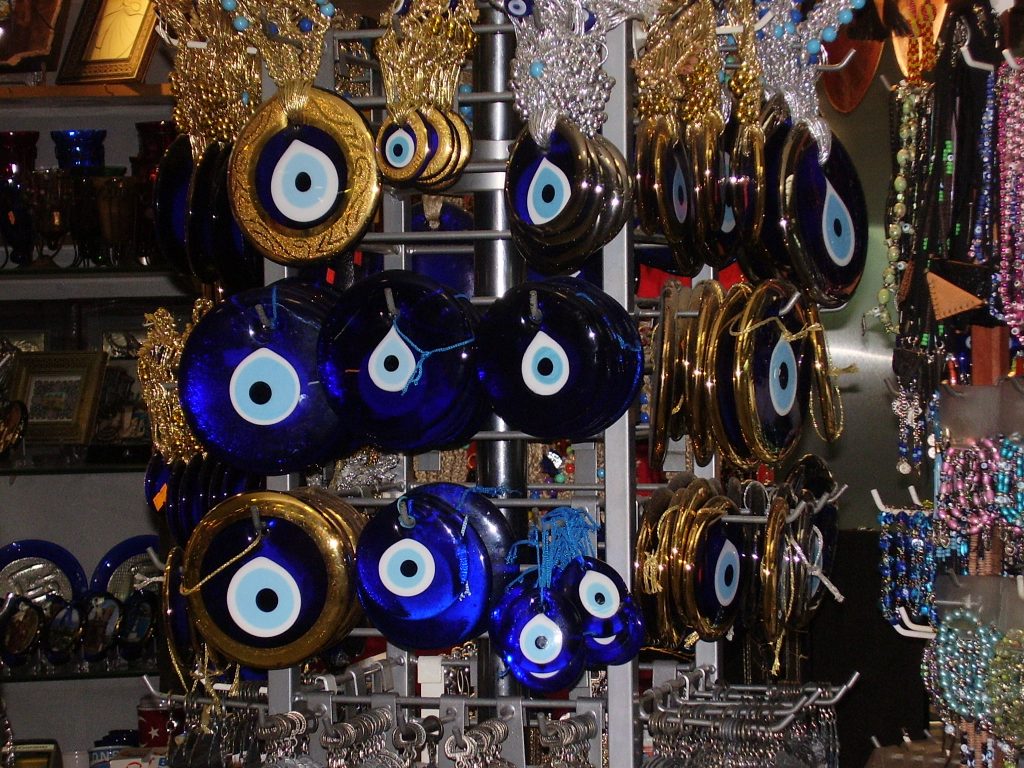 Some Traditions that Set Greeks Apart
There are definitely some ‘different’ traditions you might come across when dating a Greek that you just don’t find elsewhere. Being spit on is probably one of them. That’s right, spitting on someone is a way of diminishing any form of evil energy or presence! It’s actually more of a FTOO, FTOO, FTOO; so just be aware.
Greeks cash in so big on their ”name day”, that this day is actually considered to be of greater importance than their birthday. How it works is that most Greek names have saints associated to them, which means that when the Feast day of your saint comes up, it is your nameday. In fact, every Greek person will have at least one name day to celebrate within the calendar year.
Also on the subject of names, in every Greek family, as a tradition, you are named after your grandparents or other family members. This results in a lot of duplicates per family, as you can imagine! The movie My Big, Fat, Greek Wedding points this out quite accurately when every other cousin in the family is named Maria or Nikos.
About Greek Passion
Lastly, let’s talk about passion. Greeks are known to become extremely passionate about any competition in which Greece is involved. From football to Eurovision, if victory is theirs, they will flood the streets waving flags out of cars, honking their horns, and singing and shouting as if they had actually been the ones to win the award. 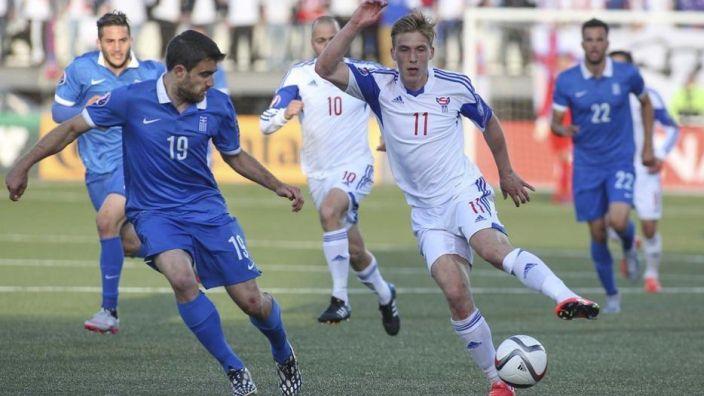 Of course, passion comes in various forms, and self-expression is something that Greeks are passionate about. For example, you probably didn’t know that a Greek person is actually able to have an entire conversation with another Greek just by using facial expressions.
Some of the basic gestures are simple and easy to learn. A tilted head slightly down to the left and the eyes opening and closing slowly means ‘yes.’ Also, you might hear an occasional clicking of the tongue on the upper roof of the mouth with a head gesture looking like ‘yes.’ Don’t be fooled. This means ‘no.’ And lastly, when the face is centered, mouth pulled down and the neck stretched forward it means ‘I don’t know.’
Of course, the best way to know what it is like to date a Greek is to actually date a Greek. There are even more surprises awaiting – but they’re all good ones!