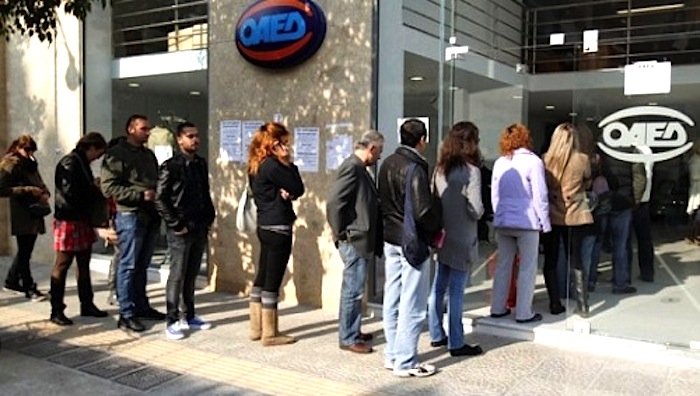 The Greek economy will remain in recession in the first half of 2016, but slight growth is expected for the second half, while unemployment will be at 24.7 percent, says the European Commission spring report on European Economy.
According to data presented by Economic and Financial Affairs, Taxation and Customs Commissioner Pierre Moscovici, the Greek economy is expected to return to growth in the second half of the year and in 2017 it is estimated to grow by 2.7 percent.
The European Commission forecasts for Greece indicate that the deficit will be at 3.1 percent in 2016 and in and 2017 it will be reduced to 1.8 percent.
As stated in the forecasts, the Greek economy is characterized by uncertainty as “the projected recovery depends on the timely completion of the first evaluation of the European Stability Mechanism bailout program and positive financial developments.”
The government deficit in Greece from -7.2 percent of GDP in 2015 is expected to fall to -3.1 percent of GDP in 2016 and -1.8 percent in 2017, slightly improved compared to the winter forecast (-3,4 percent in 2016 and -2.1 percent in 2017).
The public debt of 176.9 percent of GDP in 2015 is estimated to reach 182.8 percent of GDP in 2016 and will start declining in 2017 (178.8 percent).
Unemployment will show a slight drop from 24.9 percent in 2015 to 24.7 percent in 2016 and at 23.6 percent in 2017.
Moscovici said in a press briefing in Brussels that Greece will return to growth mainly due to a return of confidence. The commissioner also stressed the importance of the positive evaluation of the Greek bailout program and expressed his optimism that it will be achieved.