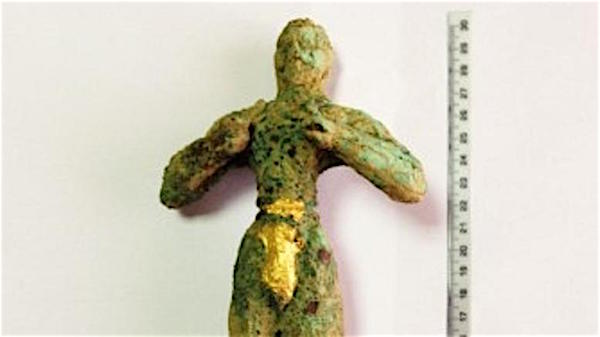 Greek police announced on Wednesday that an ancient bronze figurine dated back to the Middle Minoan Period was found in the possession of four men, who were arrested on charges of illicit antiquities trading on May 29, 2015 in Sitia, Greece.
The figurine, which depicts a young man and is 30 cm tall, is valued at 1.3 million euros. A commission set up by the ministry to carry out the evaluation, arrived at this price estimate based on the figurine’s age, material and structural features but mostly on its unusual size, noting that it was the largest of its kind ever found.
The four men were arrested for violation of laws concerning antiquities and cultural heritage protection. According to the police, the four suspects had put the figurine up for sale.
(source: ana-mpa)