Varoufakis Protesting in the Streets of Paris [video] 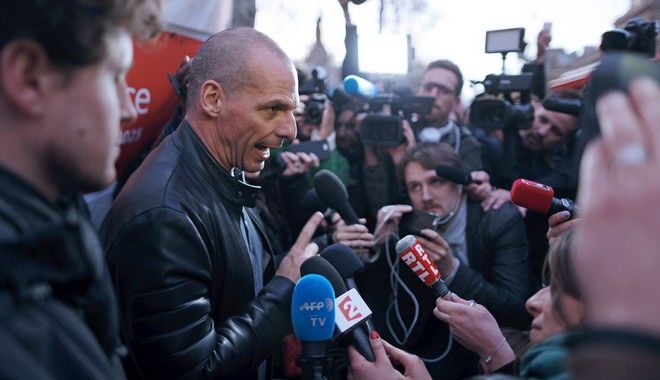 Former Greek Finance Minister and current head of the European institution DiEM, Yannis Varoufakis, was welcomed with cheers and clapping at the Place de la République in Paris on Saturday, in order to show his solidarity with the movement “Nuit Debut.” The movement has taken over the streets of Paris since March, in order to protest Francois Hollande‘s measures in the labor legislation.

The former minister, alluding to the Greek government’s policy with Turkey as far as the refugee and migrant issue goes, Varoufakis said that “You don’t lay in bed, metaphorically, with a state leader who refuses to sign the international conditions of refugee management. Europe is wealthy enough, big enough to face the refugee issue in a way that does not put into question our integrity, humanity and logic.”